In their effort to “make fitteds great again”, Lids has come out with a series of caps known as the Ultimate Patch collection. While some of the Padres selections leave something to be desired, I’d consider the collection an overall success; most of the designs are well done and don’t feel as recycled as others (though I don’t need more ’92 and ’78 ASG caps, thanks). This cap is a selection from the Ultimate Patch collection and one of two to feature a fan-favorite uniform look: 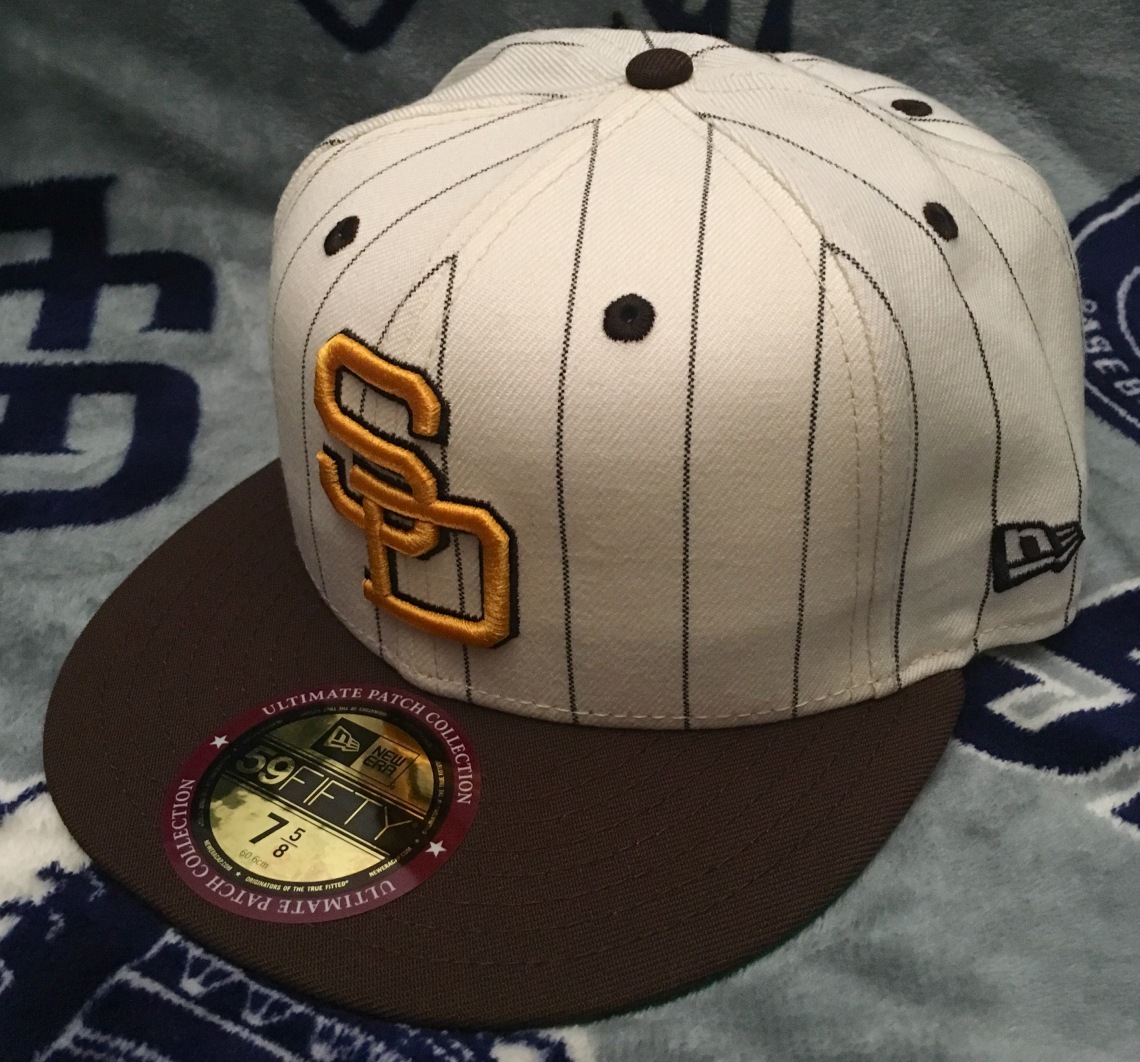 This is a good looking cap! Brown pinstripes (though never worn alongside the ’69 logo) make up the crown of this cap. As a big proponent of the Bring Back The Brown movement, there’s a lot to like on this cap. Note the sticker: caps in the Ultimate Patch collection have an added circle around the standard size sticker. Now, where’s that patch?

Here it is, on the wearer’s right (cap left) of the cap.

And here’s a closer look at the patch. Though any sort of extra embroidery done on the side of a cap is generally called a “patch” in collecting terms, this is a true patch in that it is an extra piece of fabric sewn along its borders into the cap. This patch is a somewhat common fashion patch that refers to San Diego Stadium, which of course we know better as The Murph.

The MLB Batterman logo is done up in white, brown and gold. 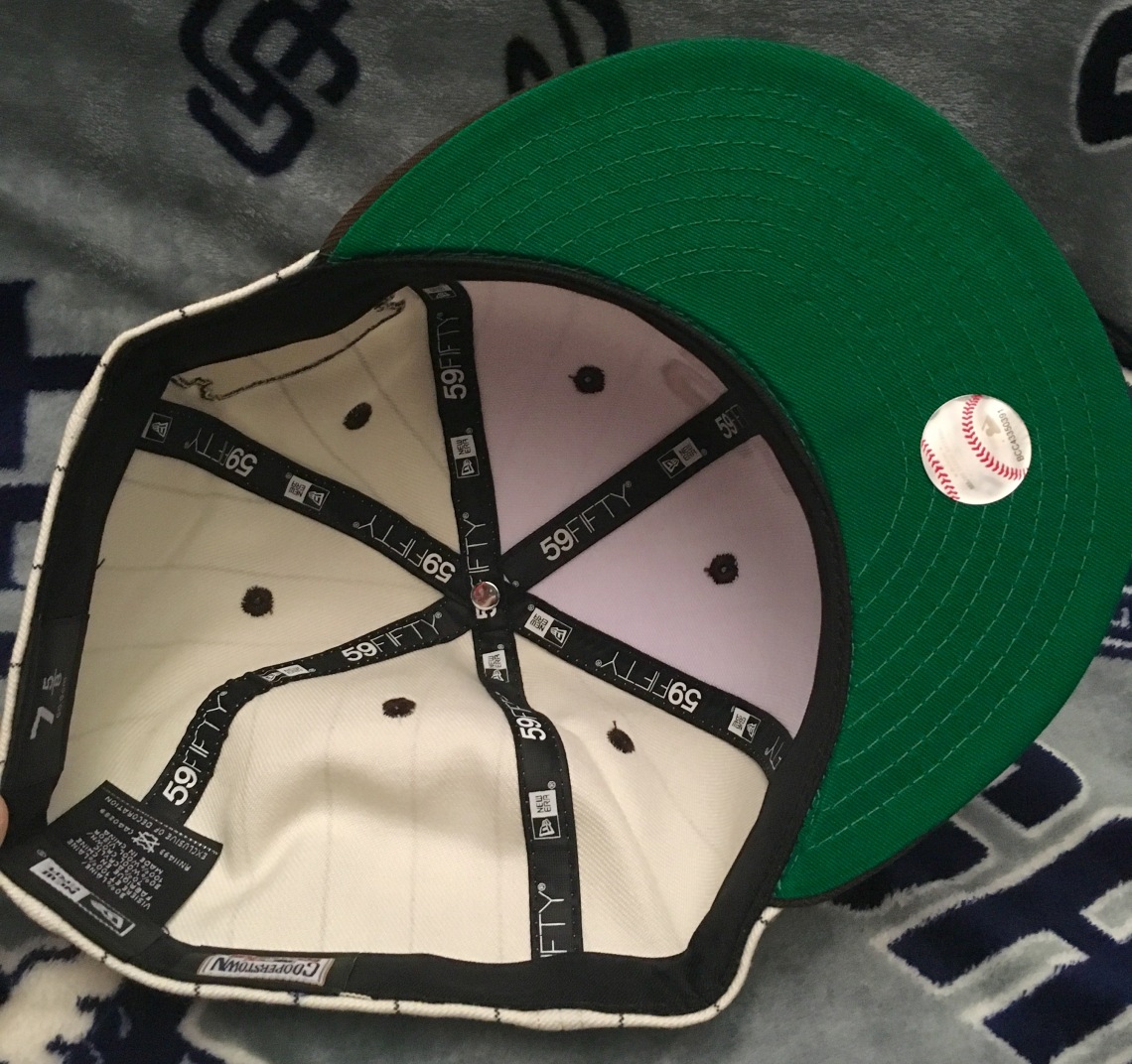 Completing this cap is a classic green underbrim and black sweatband.

This iteration of the Ultimate Patch collection just released within the last week or so and should still be widely available via Lids. Stay tuned; you’ll see the second of the pinstripe models very soon.