2019 marks the 150th anniversary of Major League Baseball. To be more specific, it marks the 150th year since the first full-salaried baseball team was born (that would be the Cincinnati Red Stockings). To mark the occasion, all 30 MLB teams donned special caps for Opening Day festivities alongside a jersey patch that will remain on all jerseys for the season.

Of course, the Padres had a unique addition to their Opening Day caps that could only be found on team-issued on-fields and not on the retail-available models. This isn’t the first time a distinction has been found between retail and genuine on-field issue. Let’s take a look at the two caps:

But first, I’d be remiss to go without thanking @tonylosoya for the help in securing the second of the caps you’ll read about below. Thanks, pal! 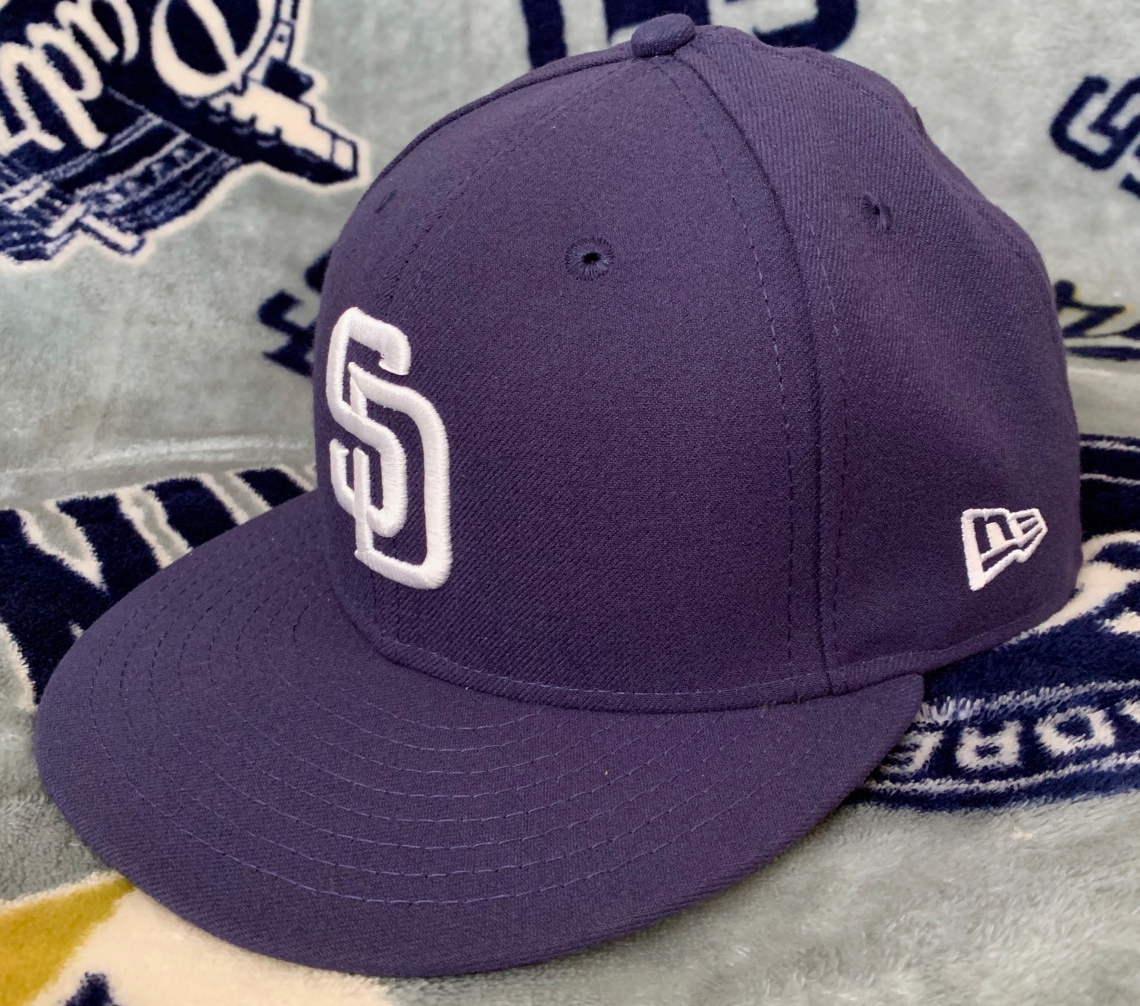 Making its appearance for the last year (brown in 2020) is the light navy home cap the Padres have worn in some iteration since 2004. This cap is otherwise the same as most on-fields… 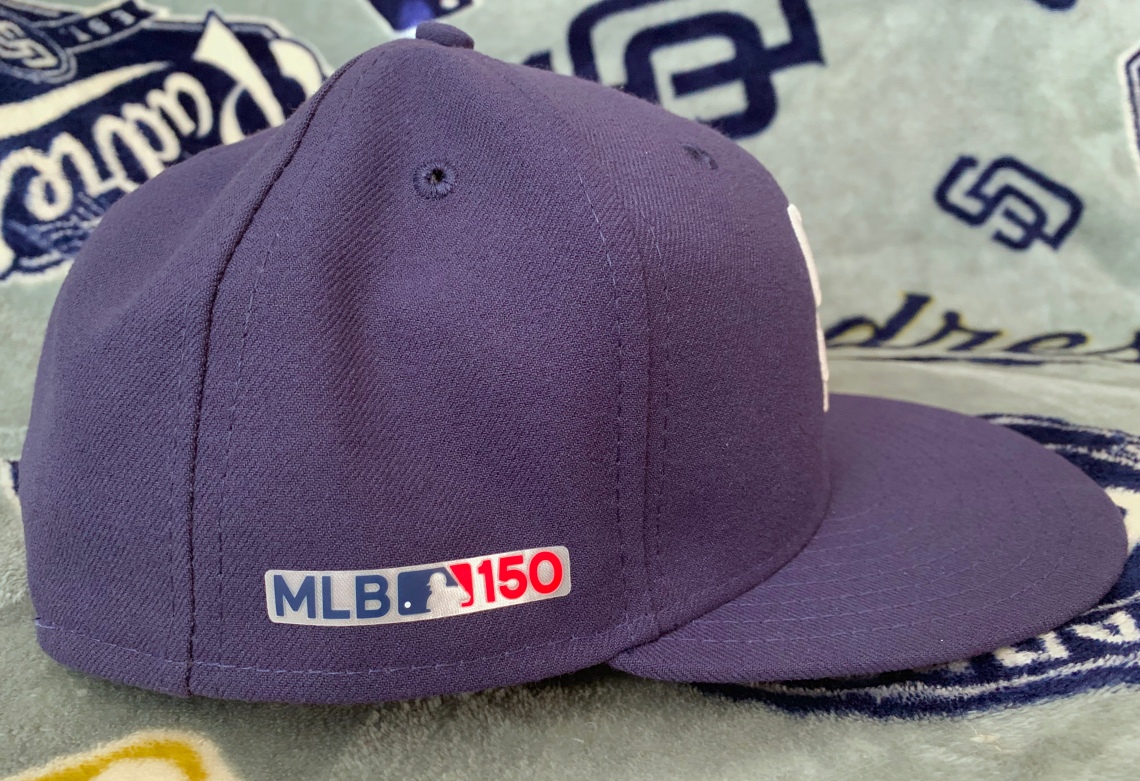 …save for the addition of the MLB 150th anniversary patch on the wearer’s right. The pitfalls of modern design (read: safe) renders this sesquicentennial logo not quite as unique as the 1994 125th Anniversary logo. The patch appears to have been heat-pressed into the cap. It’s notably much thinner than Liquidchrome patches but retains some rubber tactility. 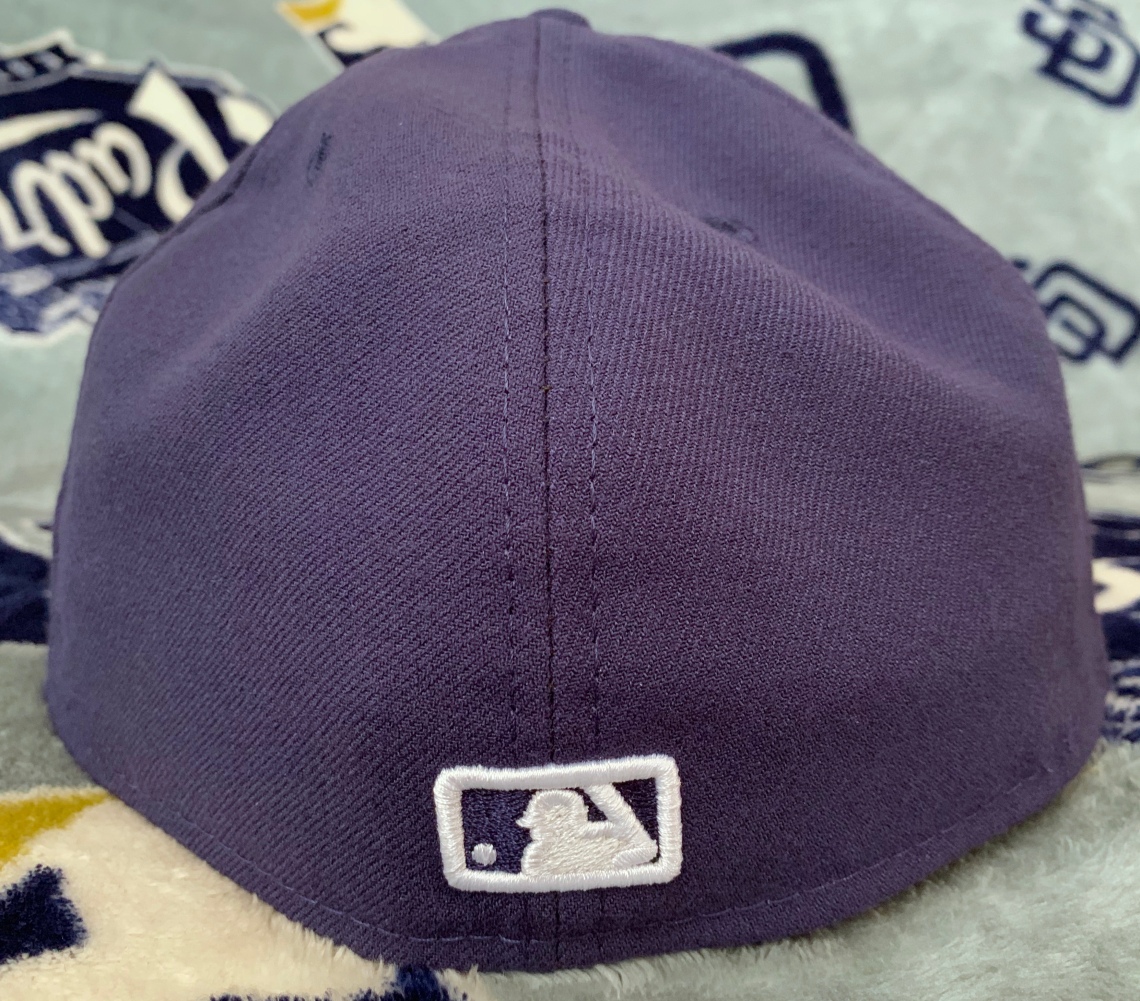 The Batterman logo is of course navy and white. 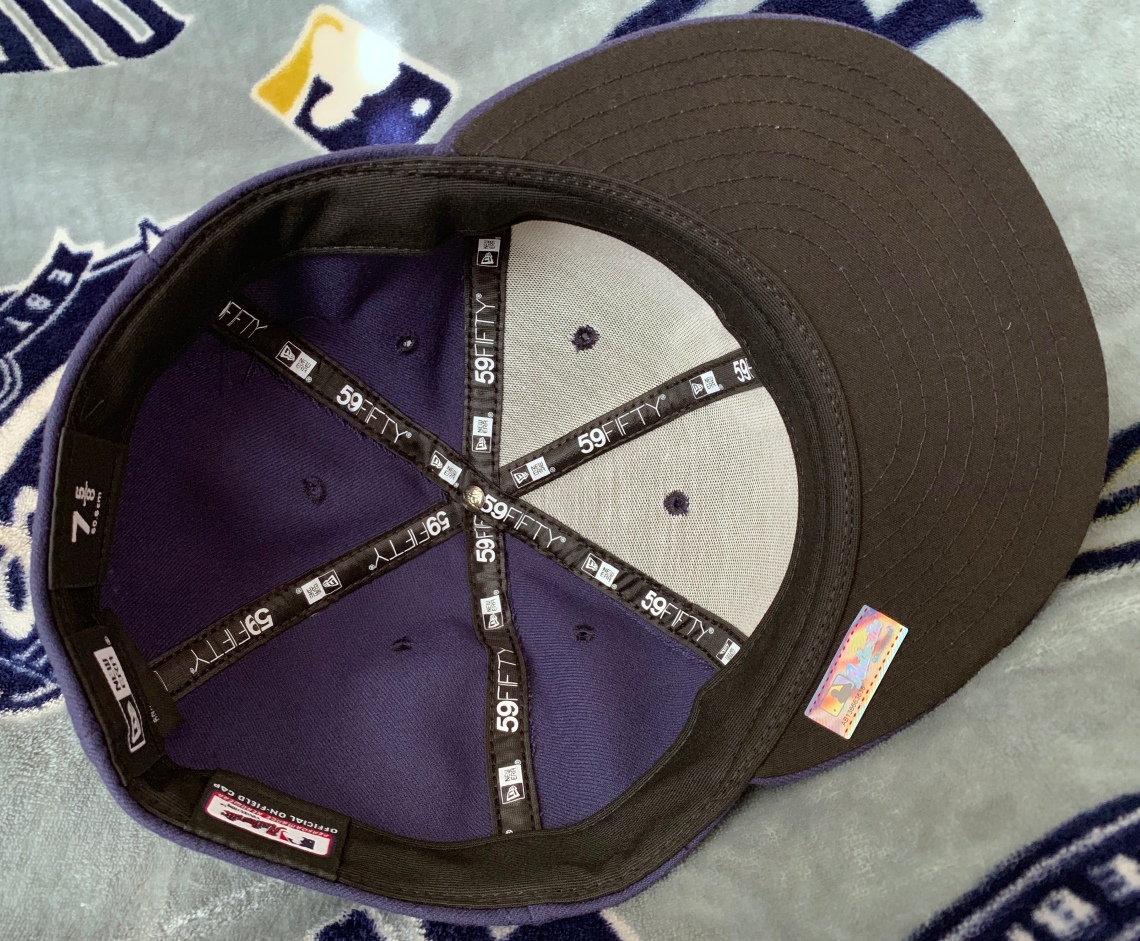 The underbrim and sweatband are standard black.

So what’s the big difference between this cap and the on-field option? Pretty large, actually: 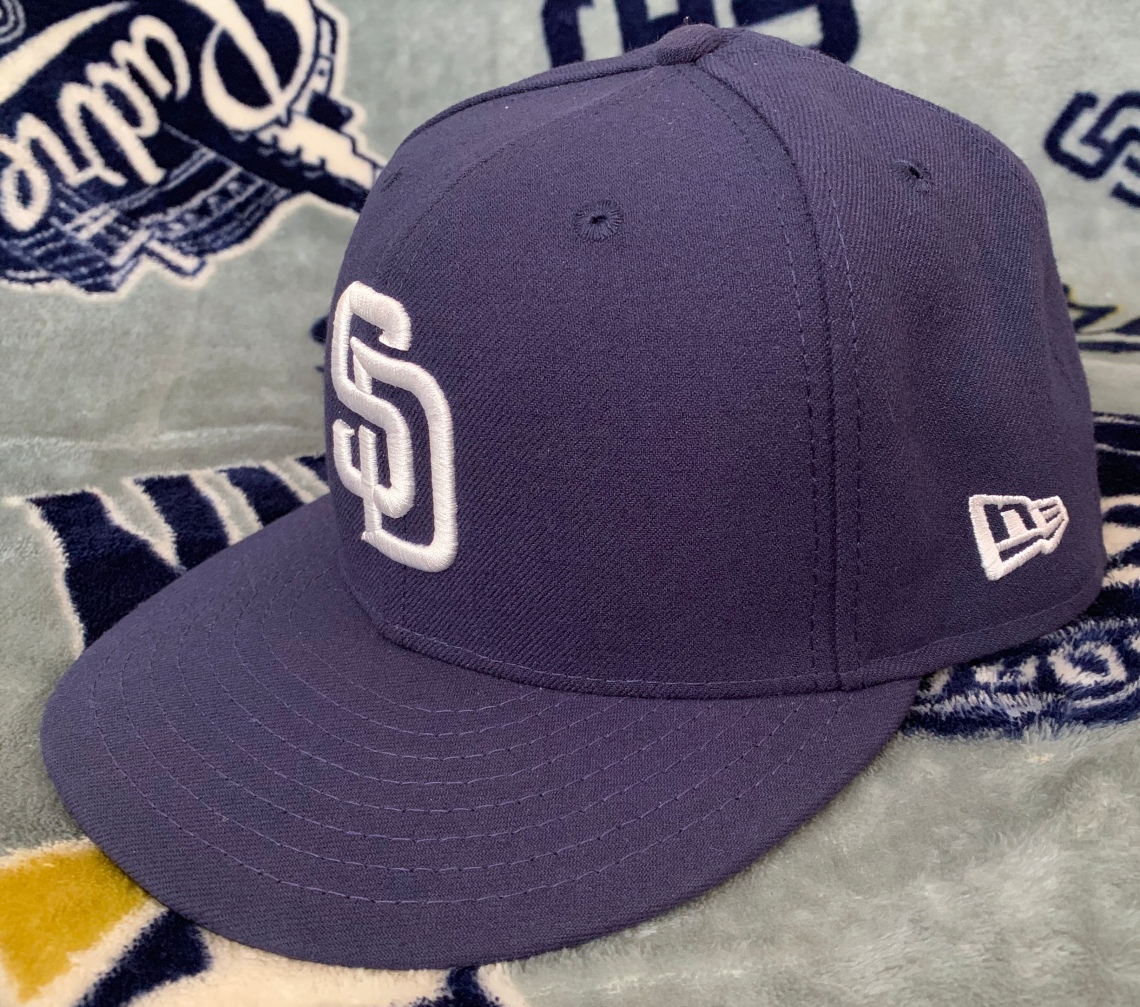 Looks just about the same, right? 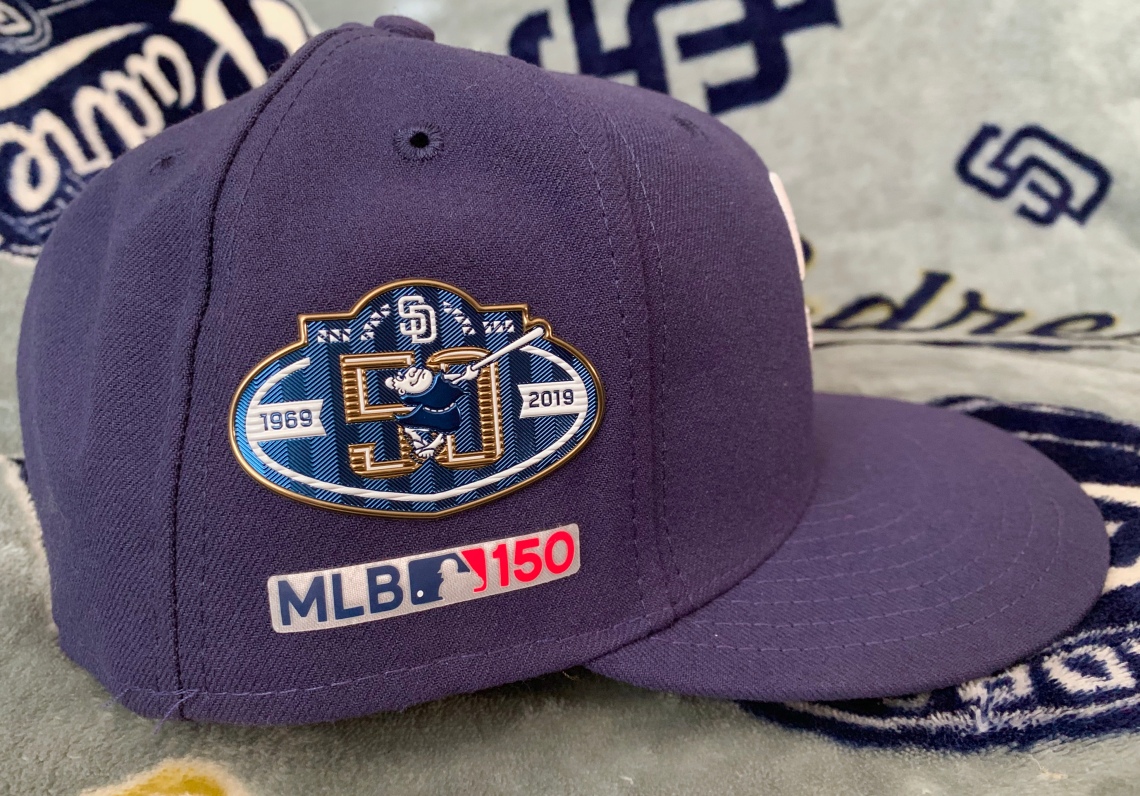 There’s the difference! Since the Padres are also celebrating their 50th anniversary, this patch has made its way onto every Padres on-field for the 2019 season. Of some surprise to your favorite hat collectors and uniform watchers alike was the application of the 50th anniversary Liquidchrome patch on top of the MLB 150th anniversary patch. While double-stacking anniversaries or commemorations isn’t uncommon in the uniform world, it’s certainly an oddity in the cap world. 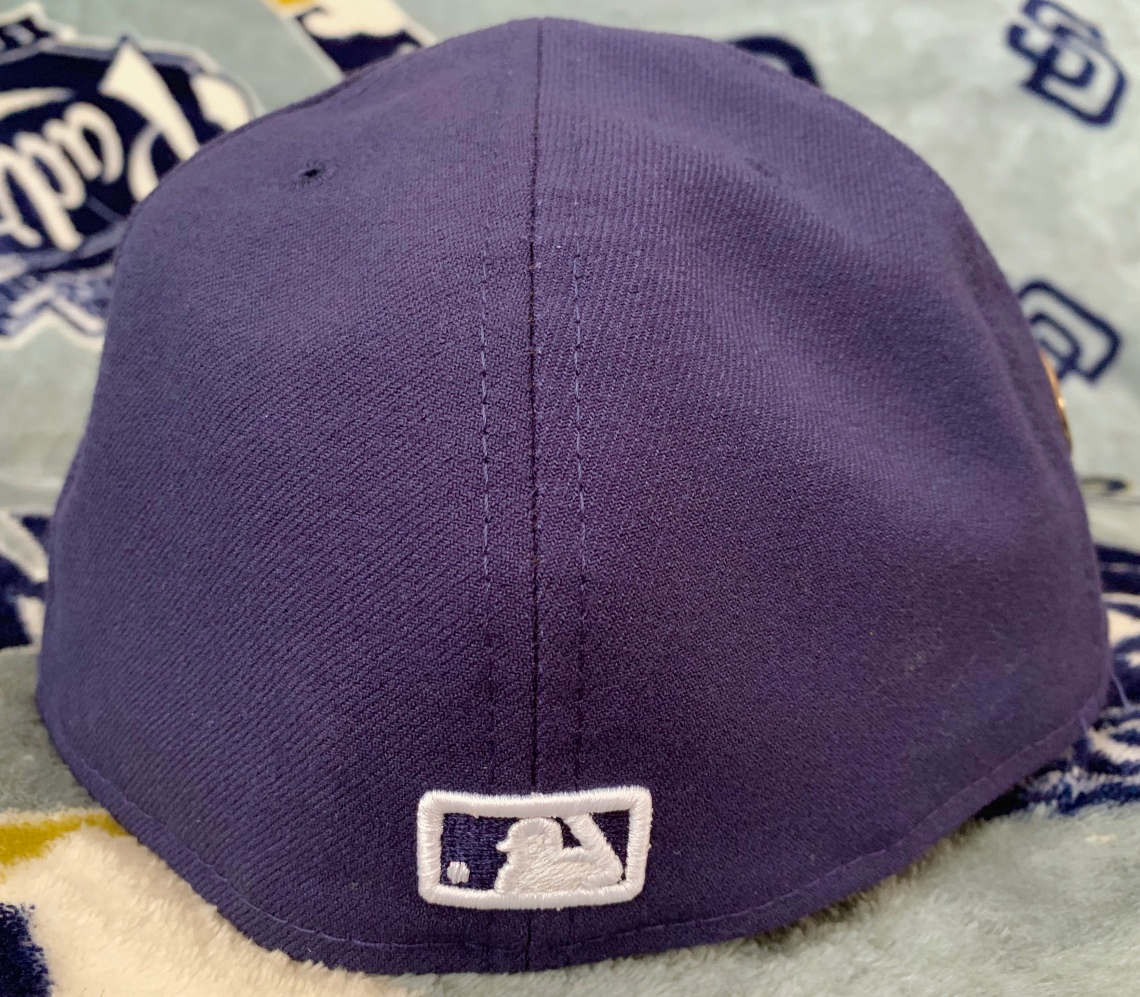 The Batterman logo remains the same. 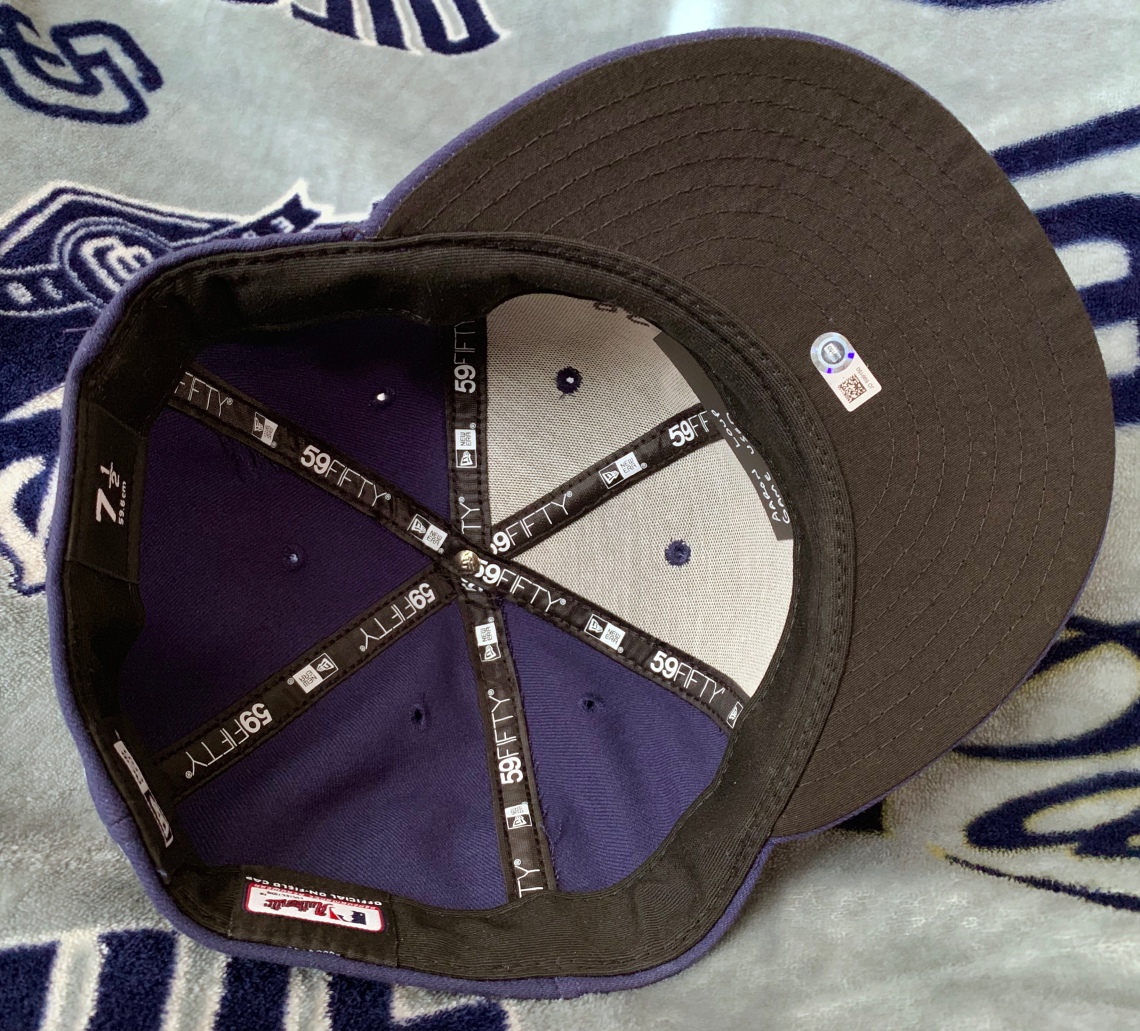 There also isn’t much difference on the underbrim save for the game-used authentic sticker. Eagle-eyed readers will see the shop tag tucked in the front of the sweatband; this was indeed reliever LHP Aaron Loup’s hat. 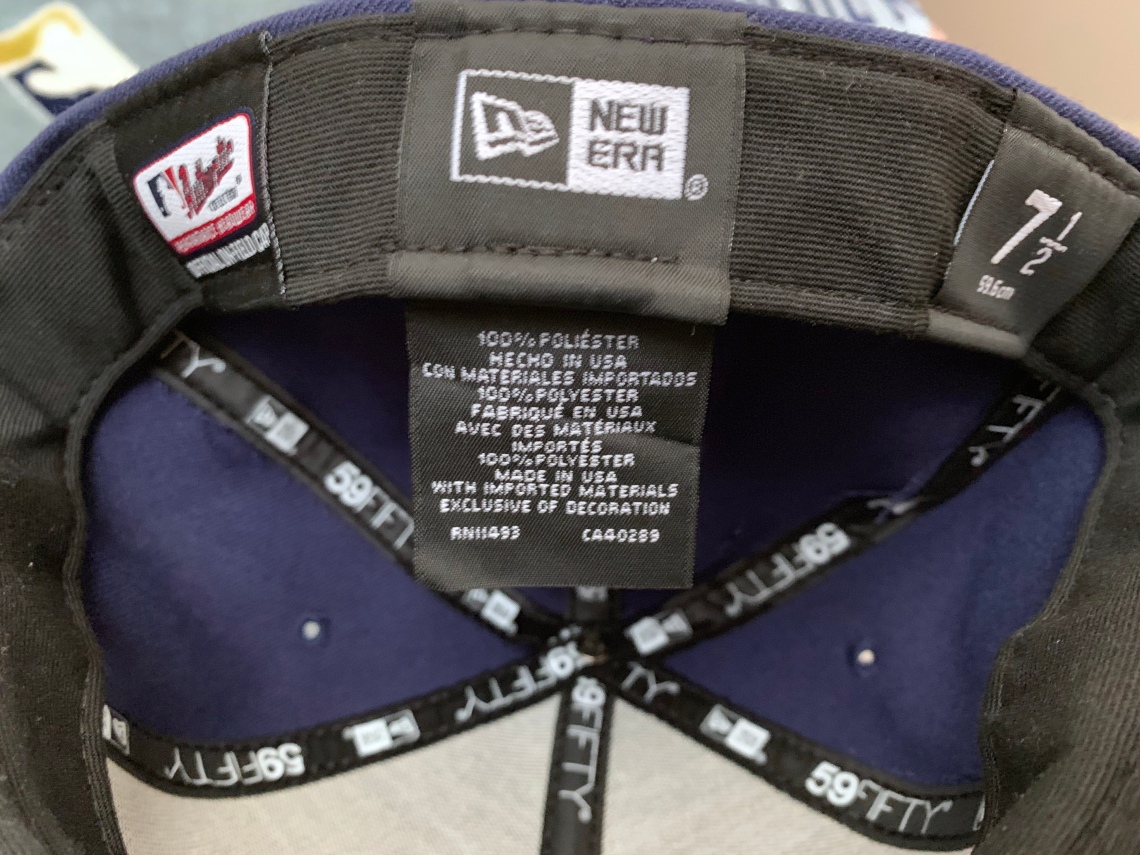 For more discerning collectors of our ilk, country of origin remains a sticking point. Since this is an on-field hat it is made in the US. The closure of the Derby plant and ending of custom/retail available on-field caps made in the US has pushed collectors who only collect US-made caps to the game-used or team-issued market.

You shouldn’t have too much trouble finding the standard 150th anniversary cap at your favorite cap retailer or at the team store. The double-patch cap was team issued-only and can only be found at the game-used section at Petco Park. You’ll summarily have to drop a premium (or more depending on the former owner) in order to add one to your collection.