A very cool exclusive cap from our friends at Billion Creation just landed a few weeks back. While Billion Creation at first may seem like a streetwear store, you’d be remiss not to visit the Chula Vista locals for their vast selection of New Era caps of all types. The store does specialize in San Diego customs and releases various custom caps with some local flavor added in alongside designs done by a trio of hat collectors (wink, wink).

The theme of this cap is very simply “San Diego” with some really nice details added on to reinforce the overall look. Let’s dive in, shall we?

Black goes with everything, right? This cap adopts a plain black crown and brim in order to allow the sublimated Diego logo to do all the visual lifting. It’s an interesting looking font, isn’t it? Let’s take a closer look.

Here’s a better look at the Diego logo. The futuristic font is visually interesting with the different breaks in the lettering. What exactly is sublimated across the letters, though? Let’s keep going…

The rear of the cap does not feature any logos. 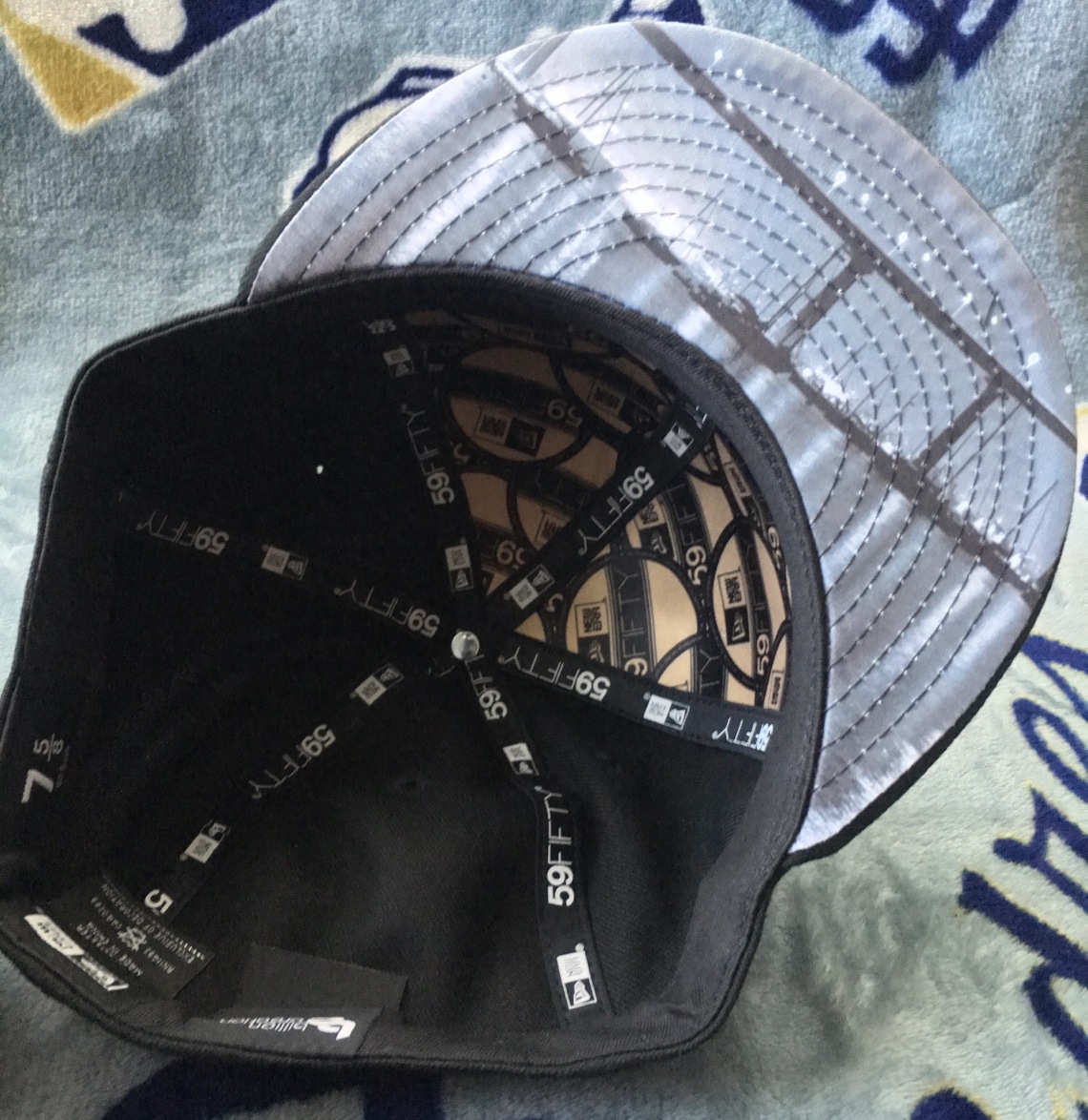 Here it is! The underbrim features an awesome-looking sublimated design featuring the ubiquitous Coronado Bridge. This design is also sublimated across the aforementioned Diego logo on the front of the cap. Let’s reorient the cap for a better look…

That’s better. Featured below the Coronado Bridge are various boats (yachts?) dotting the water. The nighttime shot has a very serene feel to it and makes for a really cool detail to put on the underbrim of a hat. It’s the first time I’ve ever seen a photo sublimated on an underbrim, anyway.

Special to many Billion Creation custom projects is the 59Fifty sticker buckram liner as seen here. This is one of those details for the discerning cap collector.

This cap is available exclusively at our friends at Billion Creation. I suggest giving their online site or store in Chula Vista a visit if you’re looking for exclusive San Diego fitteds…especially designs done by us here at SD Hat Collectors!