Featured as the cap of the day for Mother’s Day on the 13th of May, this is the 2018 version of the Mother’s Day cap worn on-field by all teams.

The Mother’s Day cap is a relatively new addition to the Special Events lineup. Of course you’ve seen special jerseys and caps worn on certain holidays and weekends: this all started with a special 4th of July cap first worn in 2008. The “Stars and Stripes” caps are still prevalent today and now are joined by other holidays such as Memorial Day, Jackie Robinson Day (caps new for this season), and relative newcomers in Mother’s and Father’s Day.

This cap marks the 3rd year such a cap has been worn to celebrate Mother’s Day. 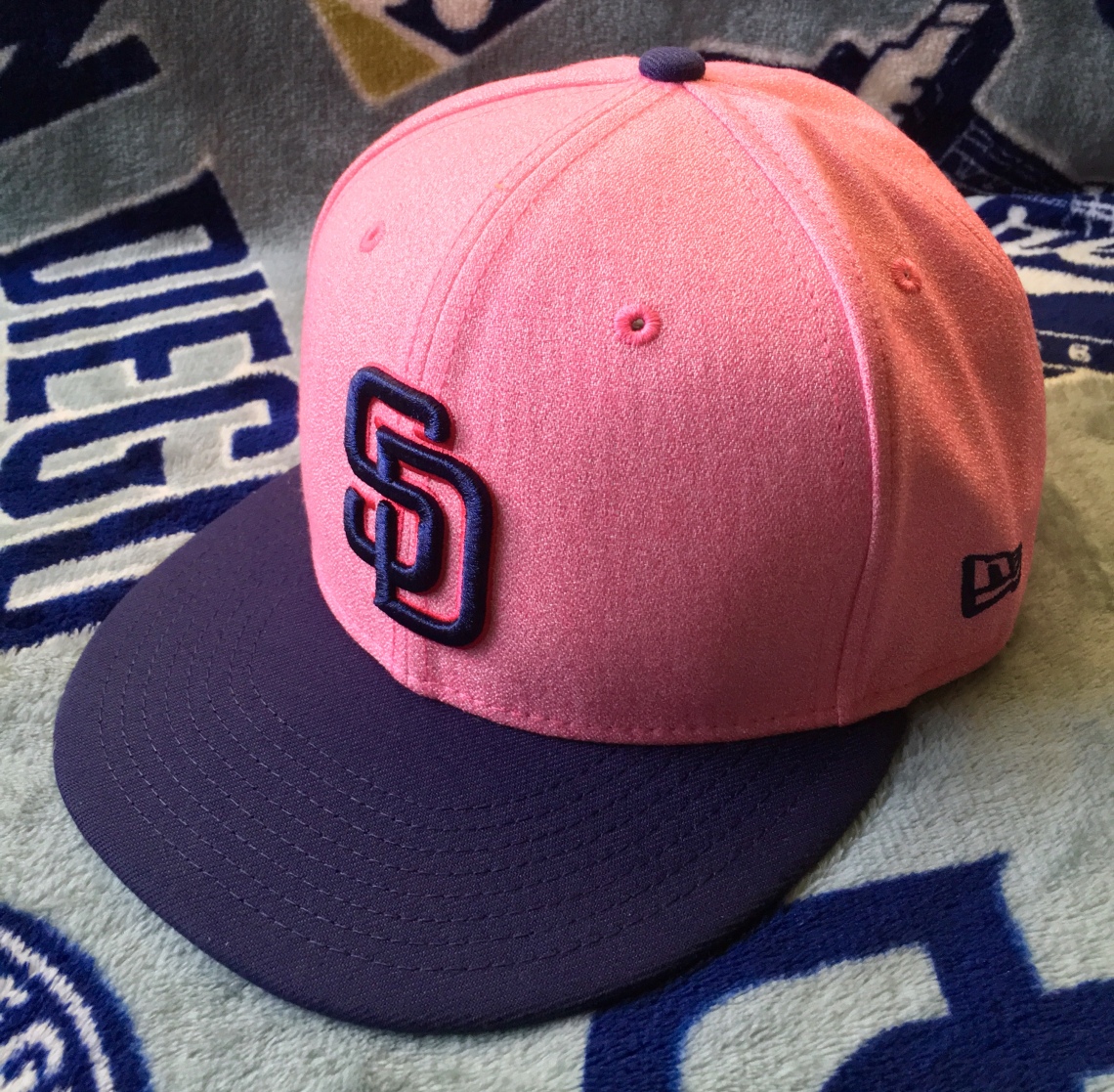 New to the design of this year’s Mother’s Day caps is the inclusion of team colors on the cap. The past two iterations were a complete graphite cap with pink accents and a Shadowtech version with graphite crown and pink brim and details. Different from those past two versions of course is the shade of pink used here. Rather than the hot pink used in prior iterations this is a softer pastel pink that works better when paired with other colors. 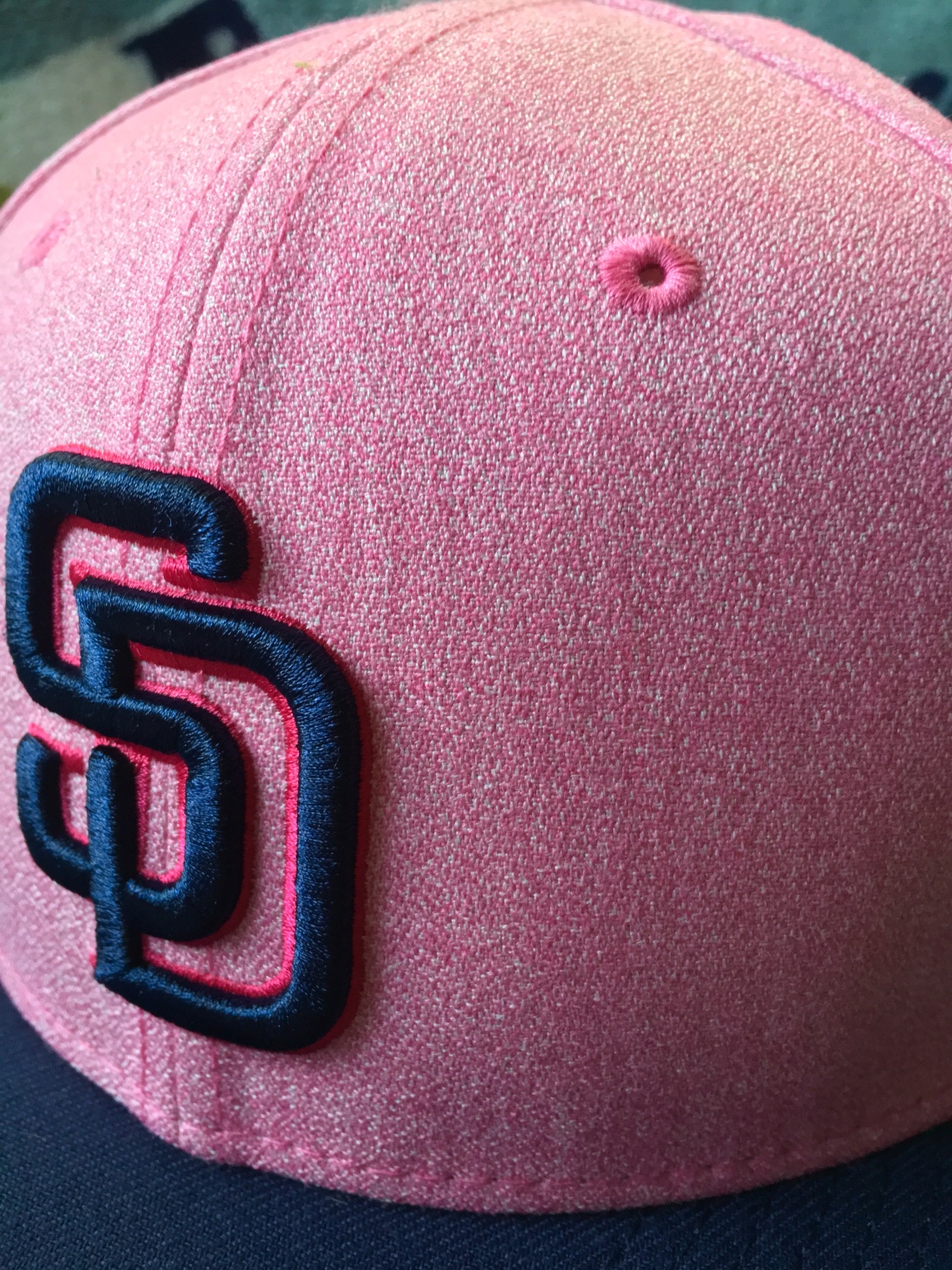 Here’s a closer look at the crown material. Look closer and you can see that hot pink does appear as border stitching for the interlocking SD. The material isn’t Shadowtech but is a soft-feel poly. 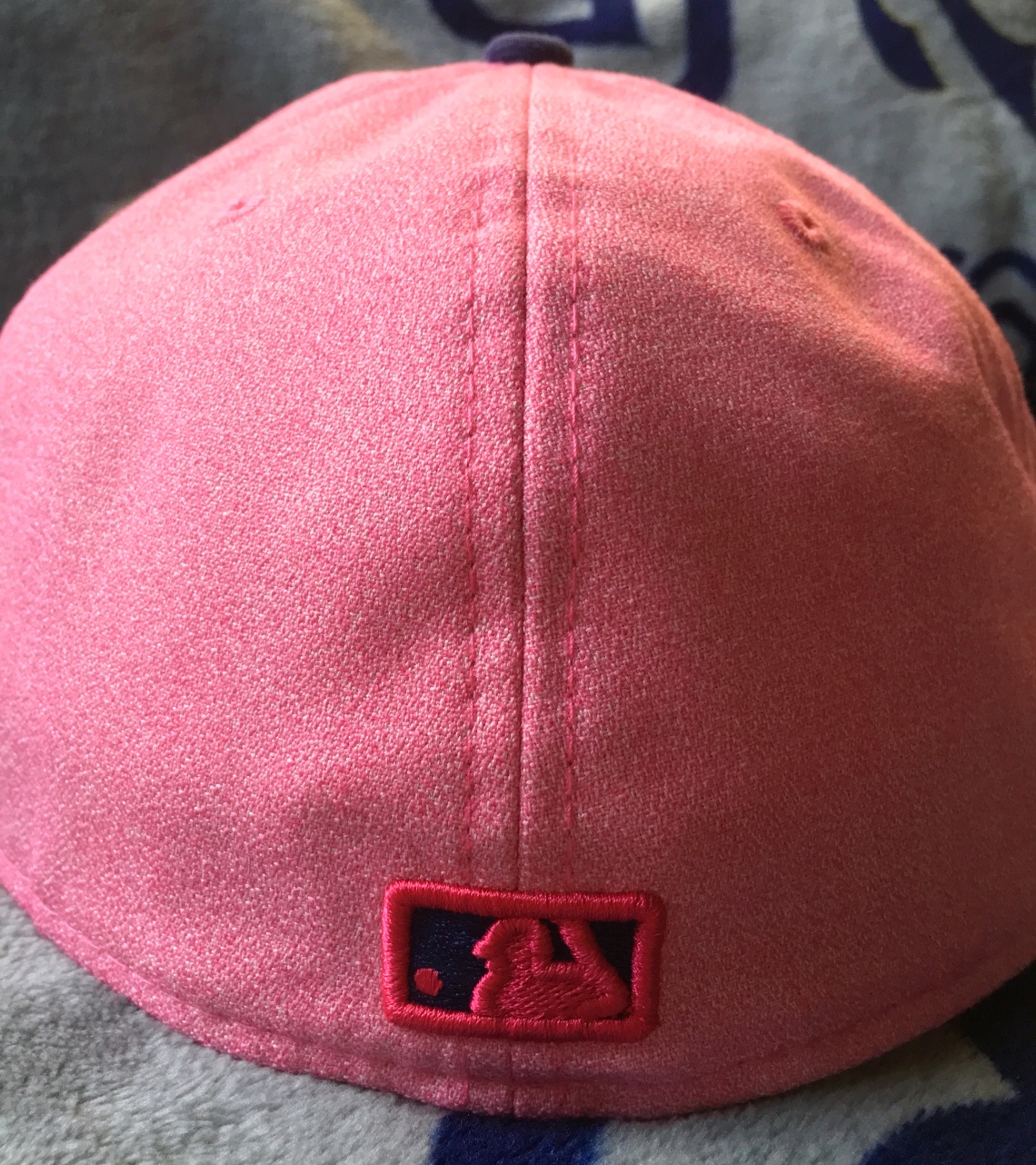 The hot pink reappears in the MLB Batterman logo alongside navy. 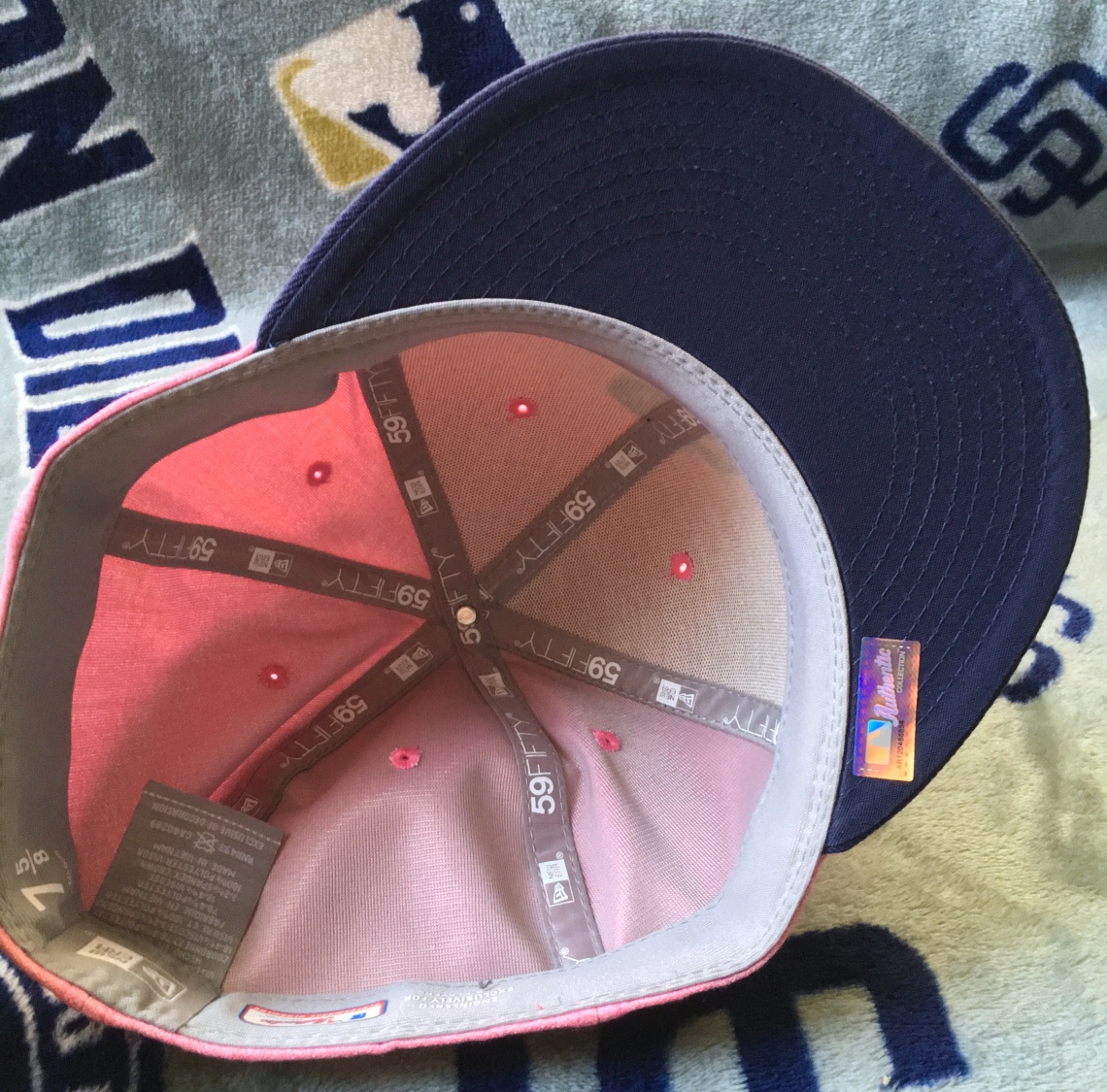 The underbrim is matching navy and the sweatband is gray, common for Special Events caps.

Special Events caps are generally widely available before they are meant to be worn and then are harder to find afterward. If you really want a specific holiday’s cap, I highly suggest grabbing it before the holiday. In some instances you may get lucky and catch the cap on clearance at the end of the season, but I wouldn’t bank on the possibility as a sure thing.