Chalk up another eBay score! Once in a while during my scouring of the auctions I come across some really intriguing finds. This assorted batch of New Era mini caps came up in a random auction and the price was too nice not to take a swing. Given the relative rarity of these caps (this is the first I’ve seen of mini caps this age) I would hazard to guess that these may have been display pieces or possibly vendor models. It’s also likely that these were made for retail sale just the same as the modern miniature caps. 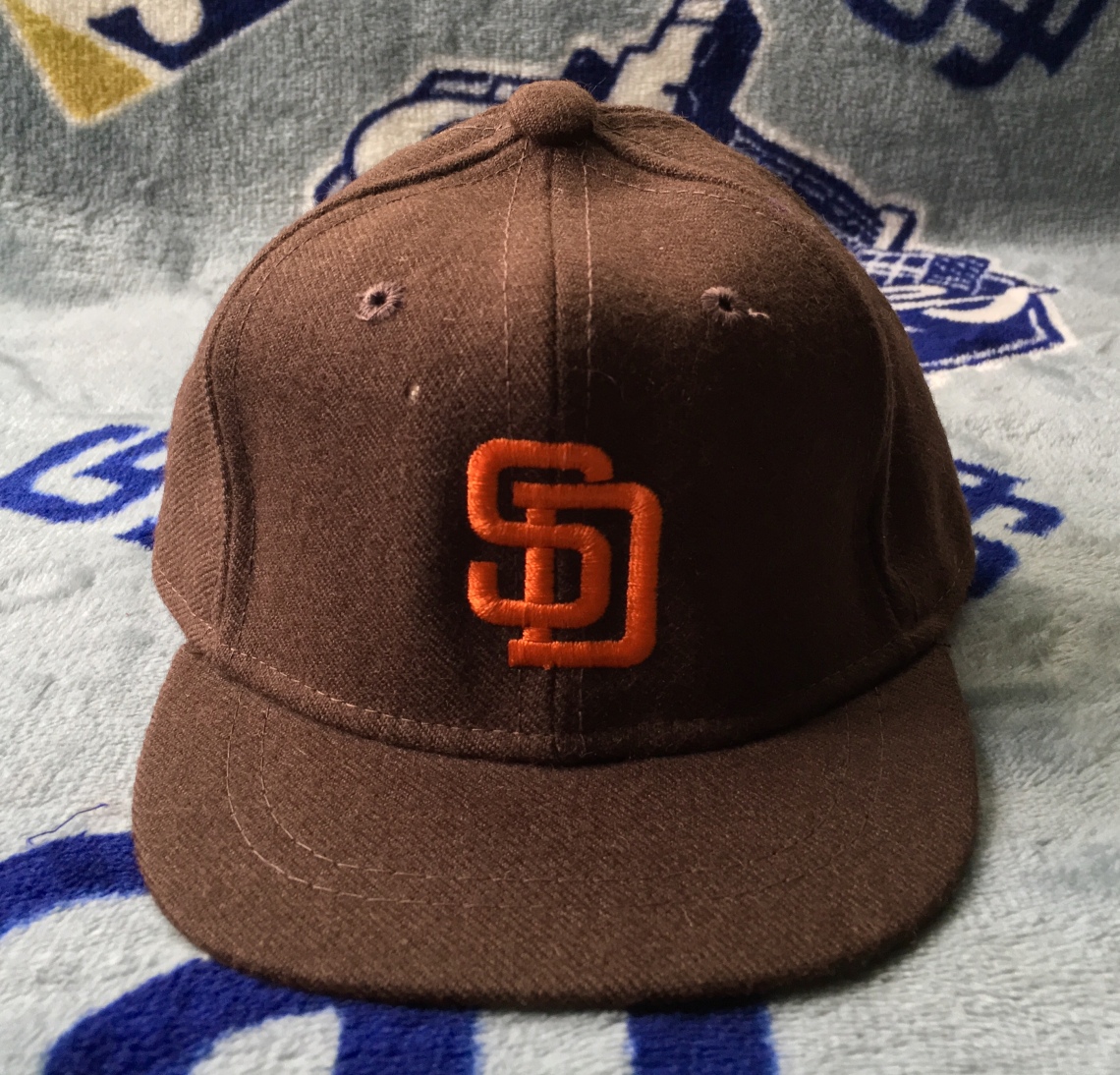 Naturally I was drawn to the Padres miniature cap. This of course is based on the cap worn by the team from 1985-1990. There aren’t many differences between this cap and the standard on field save for scale and the lack of brim stitching (this only has two brim stitches). 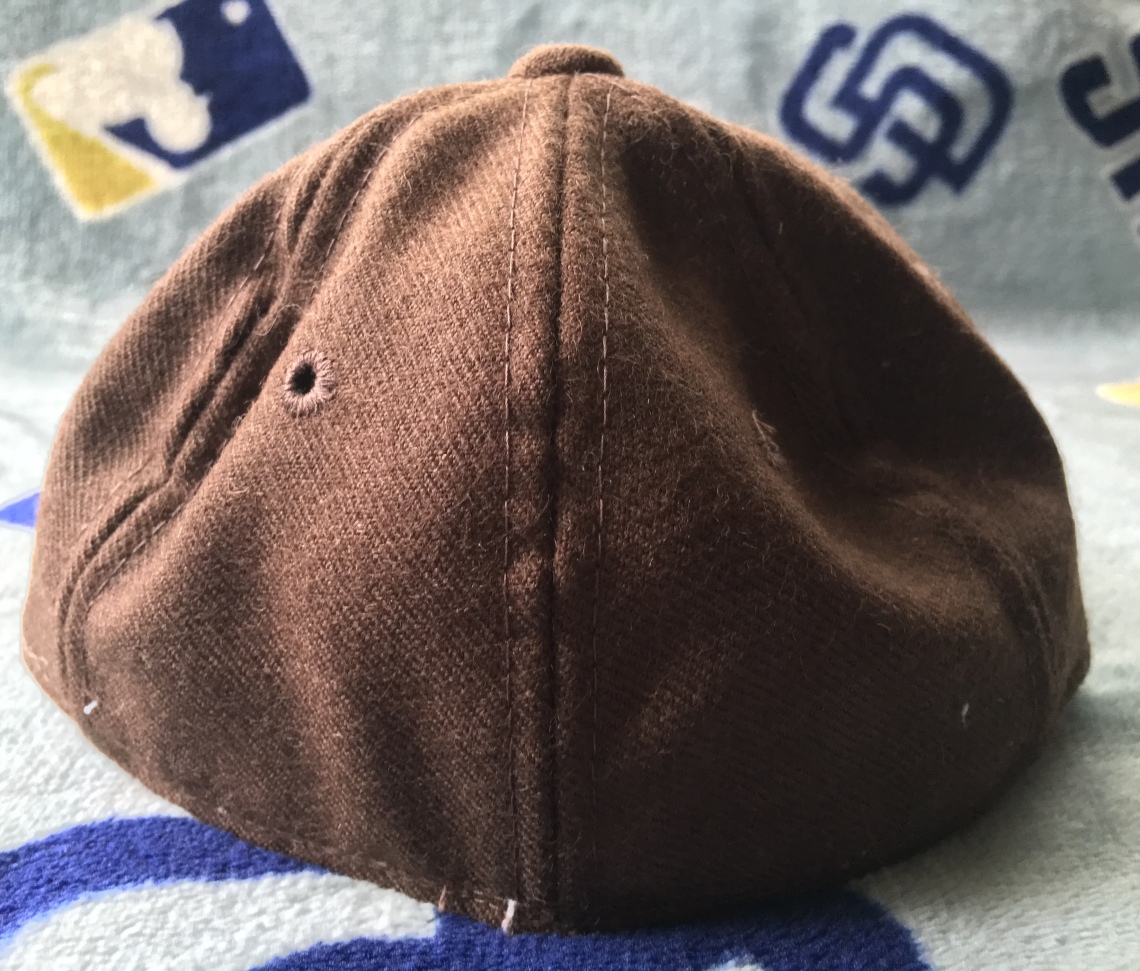 The rear of the cap is devoid of logos, which is era-correct.

Here the lack of underbrim stitching is apparent. The details are otherwise correct to the time as well: green underbrim, white sweatband. 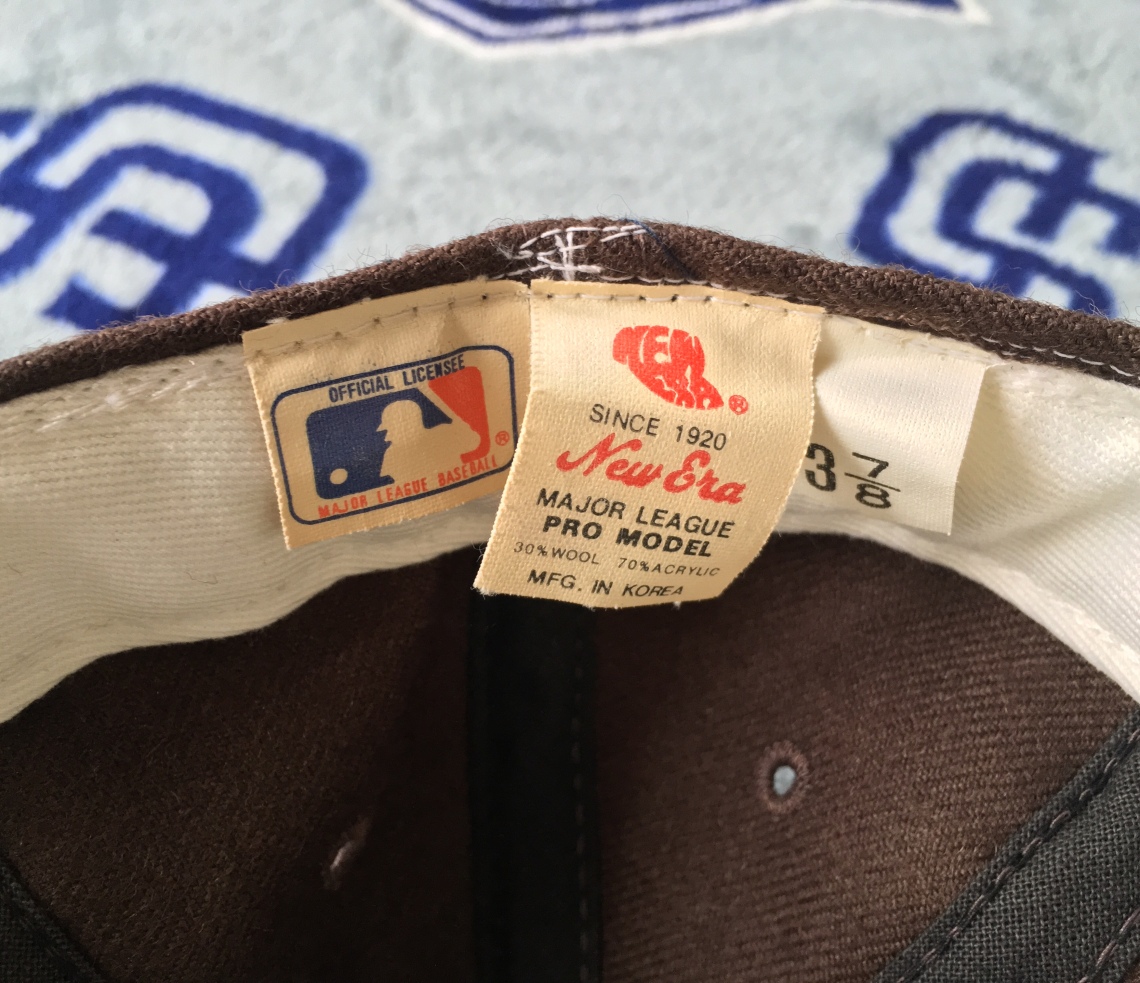 Here’s a closer look at the interior tagging. This tagging is more or less correct for the period though the wording is a bit different. This cap is sized as a 3 7/8, which is interesting since other mini caps I own are much smaller than these examples and are sized as 4 1/4. It’s sorta odd how arbitrary the sizing gets as you shrink in size. 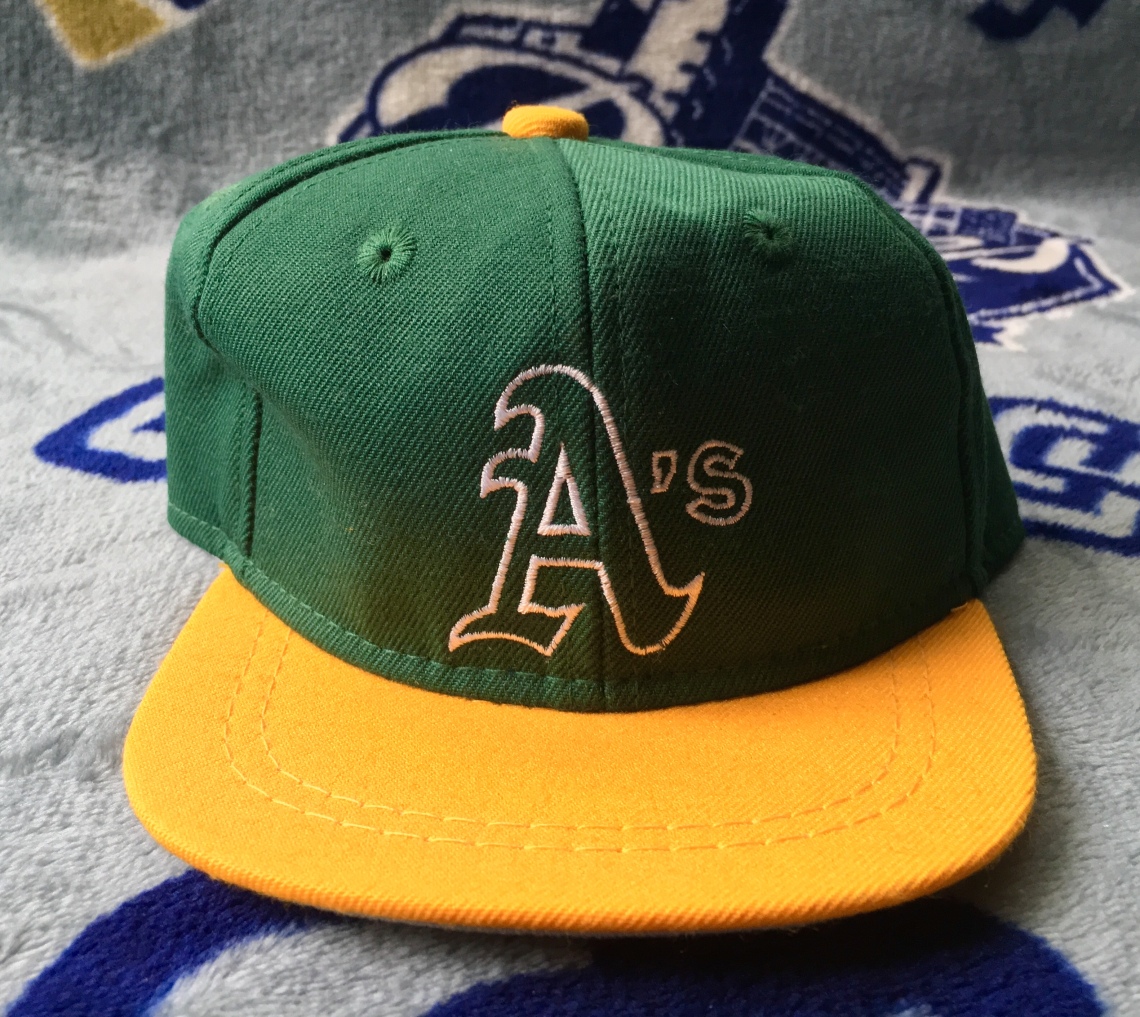 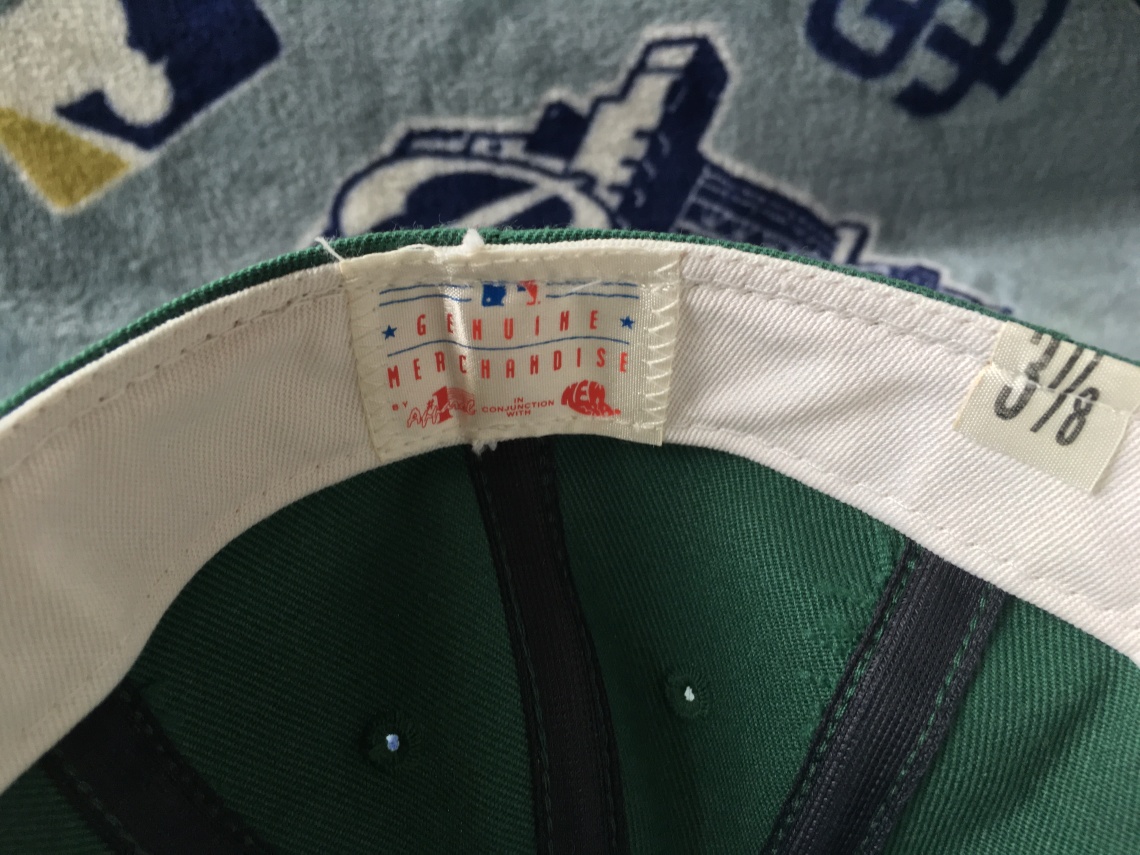 The interior tagging is also different from the rest of the caps. Apparently this mini was made by #1 Apparel in conjunction with New Era.

Here’s a look at the Mets example. Their caps haven’t changed much over the years. 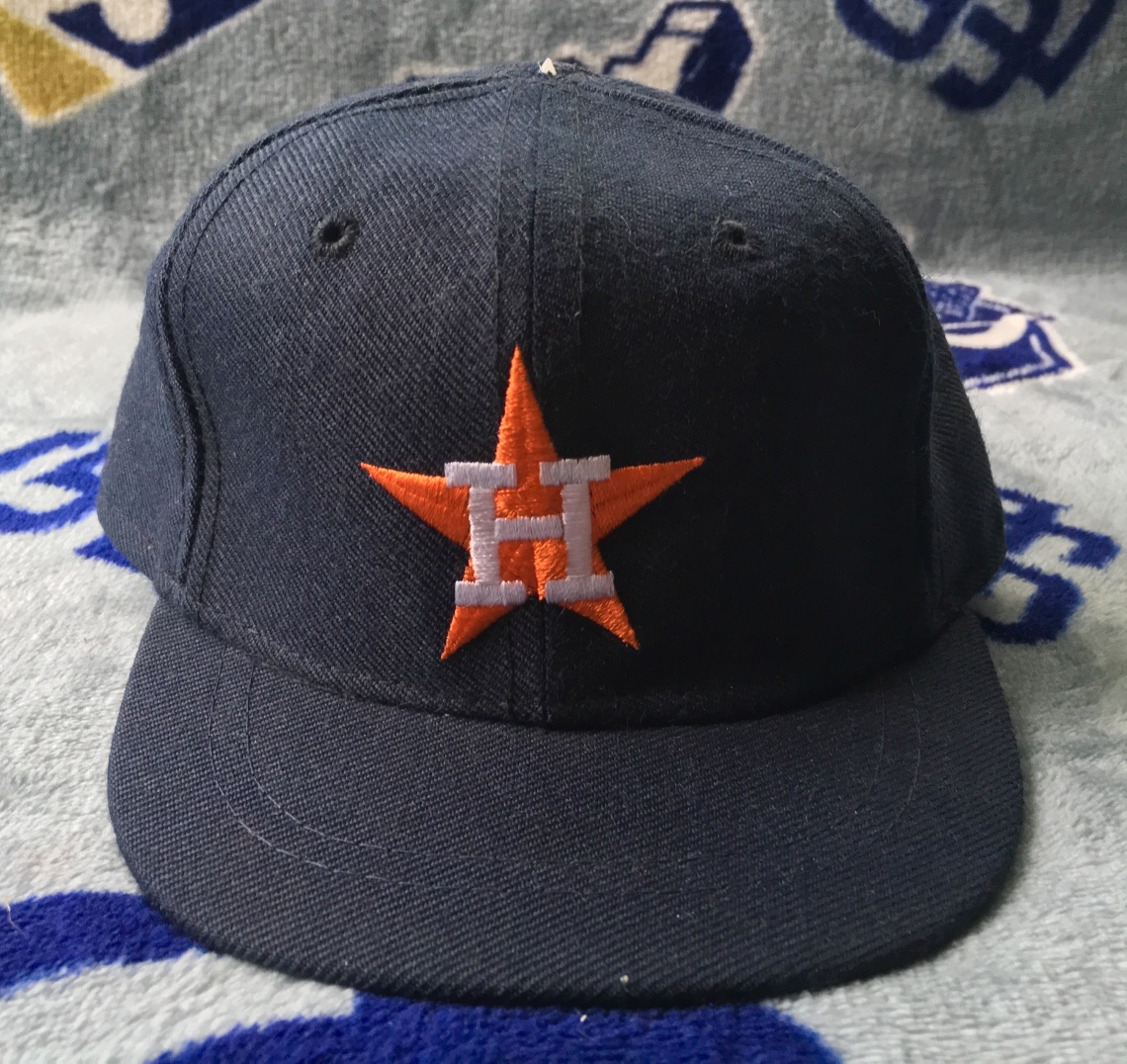 I received two Astros versions as well; unfortunately they’re missing their top squatchos. This logo was still in use up until 1993. It’s now once again the team’s primary logo.

As is this Detroit Tigers version. Fortunately it appears their squatchos are the same size as their full-sized brethren, so finding a replacement probably won’t be too difficult. The Detroit D no longer appears on the on-field version in this scale. They’ve enlarged it starting this season.

This version of the Orioles cap was referred to as the “ornithologically correct bird”, which was used by the Orioles from 1989-1997.

I honestly have not seen many any other versions of these miniature caps from this era. There are a scant few on eBay to be had for a decent price. I would consider these otherwise to be very hard to find.