This particular Padres cap was a bit of an interesting release.

Well before Jackie Robinson Day (April 15th) a navy version of this cap was released for general sale. Known to most of us but not retailers was the fact that the home Sunday game would feature the Padres in their military best. A tan version was created and released only via MLB Shop but not anywhere near in time to be worn on the day proper. This doesn’t occur too often and probably only irks a handful of fans, if that.

I was kinda irked. Nonetheless, here’s the cap:

I’ve long been confused as to what color to call this cap. Olive? Just tan? It seems to have too much green to be called tan yet not enough green to truly be olive. One day I’ll dig up the style guide and get to the bottom of this naming mystery.

Of course the added accouterments to the cap is the Jackie Robinson patch on the wearer’s right. Patches used to be featured on the wearer’s left but that practice went away with the inclusion of the New Era log on all on-fields. 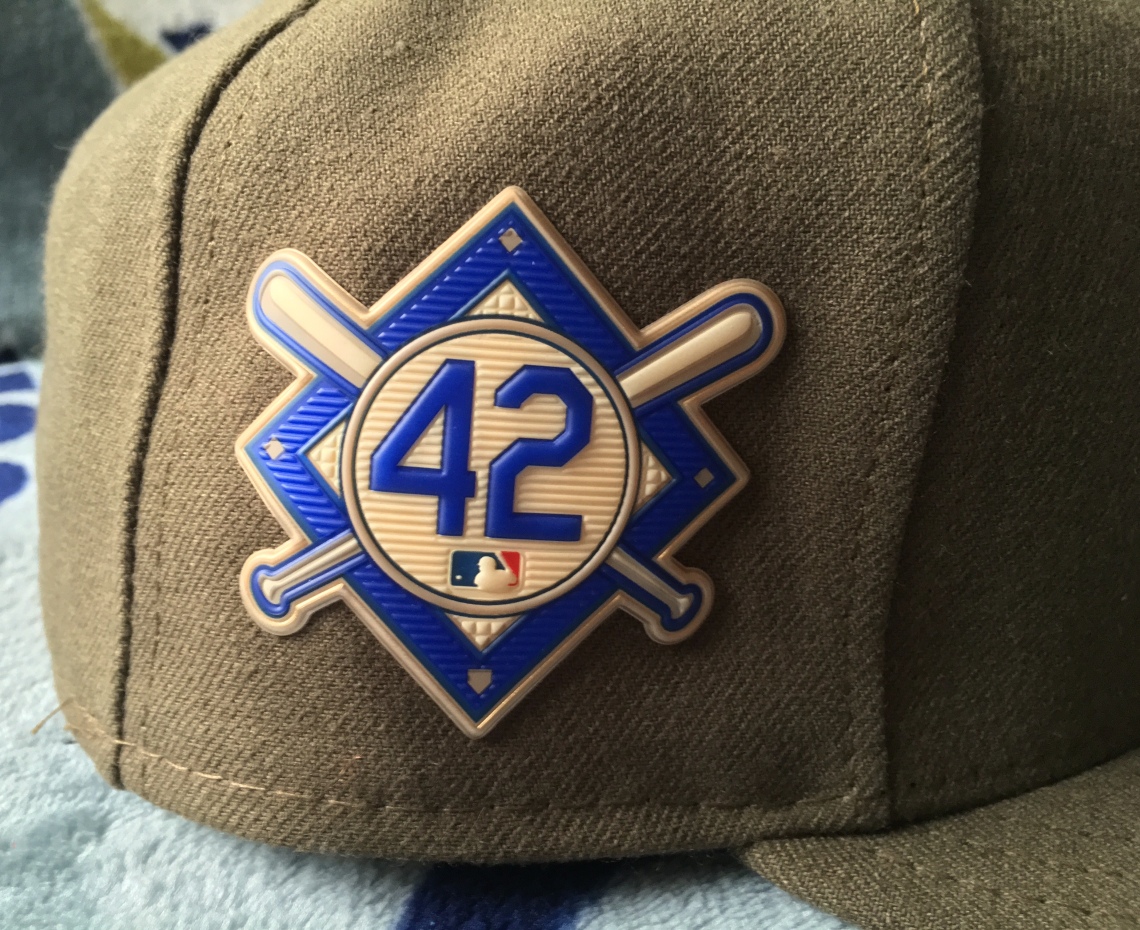 Here’s a better look at the patch. This isn’t quite the shiny LiquidChrome material used in past patches though the plastic material is much the same. The soft blue/creme look makes for a very nice patch overall; not overbearing and to the point. This is the first year such a patch has been worn on the cap and jerseys outside of the universal donning of the number 42. 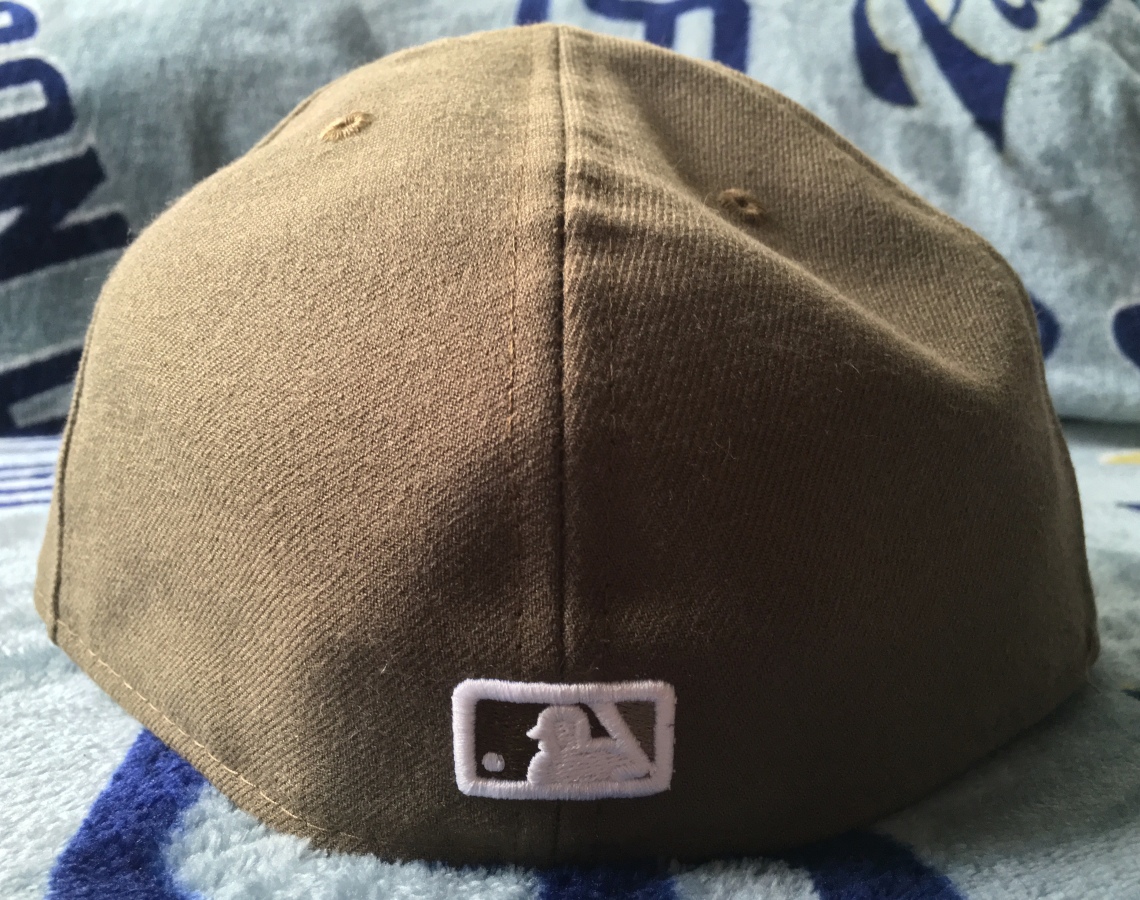 The rear of the cap has the usual MLB Batterman 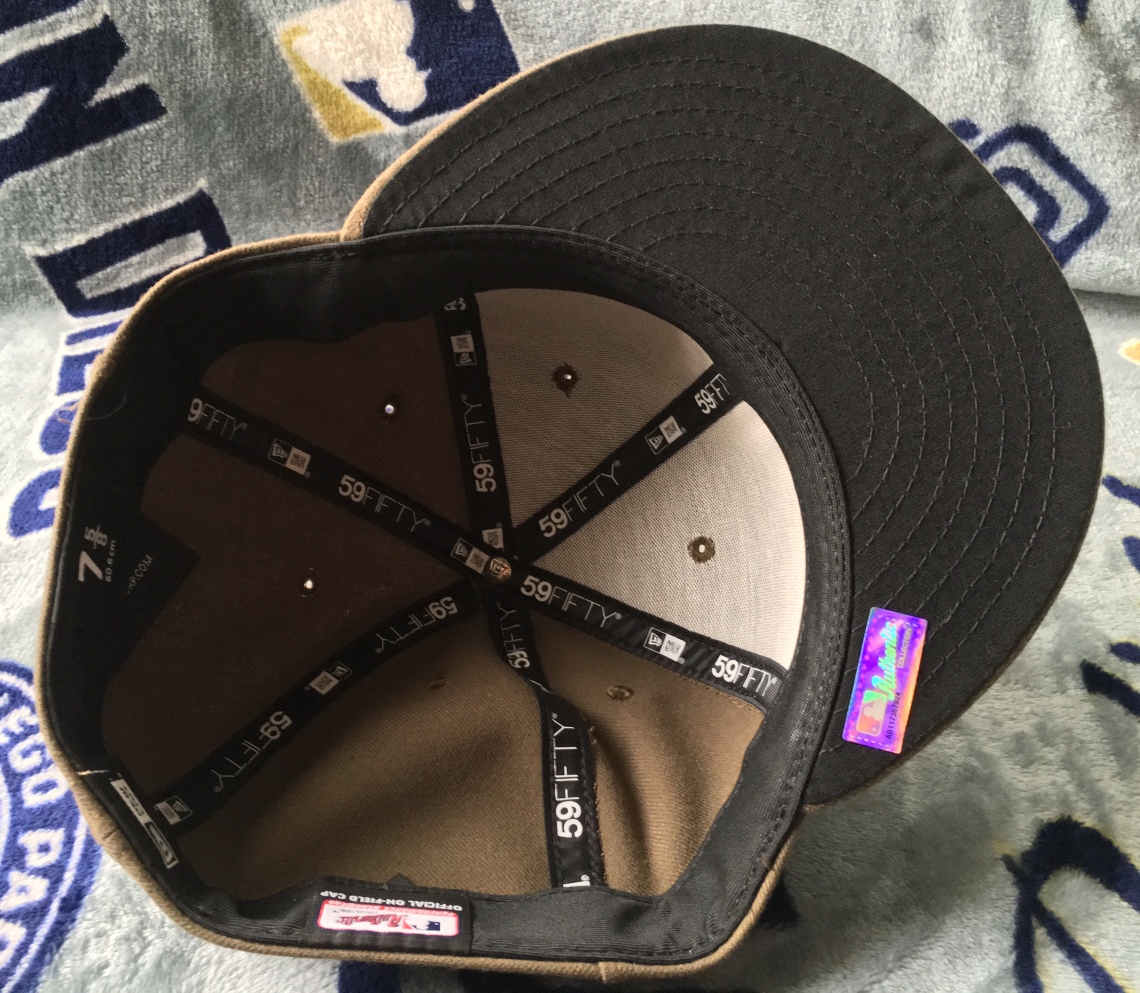 And the underbrim and sweatband are on-field black. 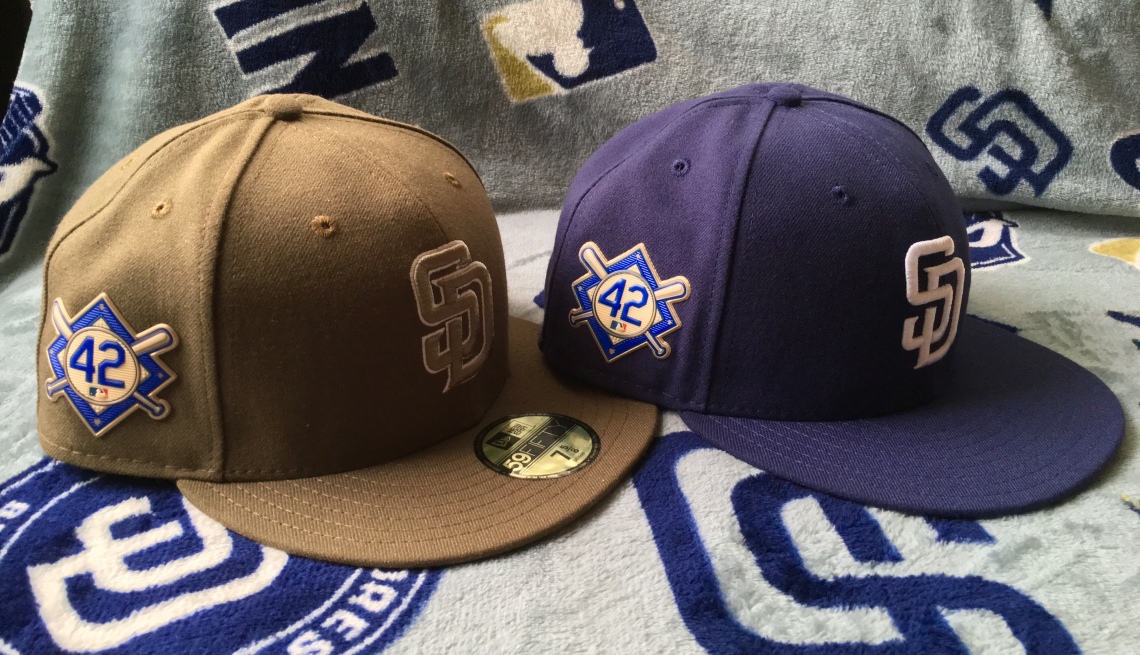 Here’s a look at both versions of the cap. I’m not entirely sure any other team suffered from the same redundancy as pictured here. It seems to have repeated for the Padres’ Monterrey Series caps (which you’ll see later).

I label this cap as umcommon due to it only being available via MLB Shop. You’ll have to pony up a small premium compared to your other cap retailers but you may find that worthwhile should you want the exact cap the team wore on the field for Jackie Robinson Day.