A re-release thanks to Hat Club has yielded the second of the 2008-2010 Portland Beavers caps. A redesign of the team in 2008 yielded this cap as a compliment to the road jerseys. The primary cap is a plain navy and has an ivory script P; the featured cap today pairs navy with sky blue. A third cap was also introduced in the redesign as a simple white cap with a navy brim and simplified script P. 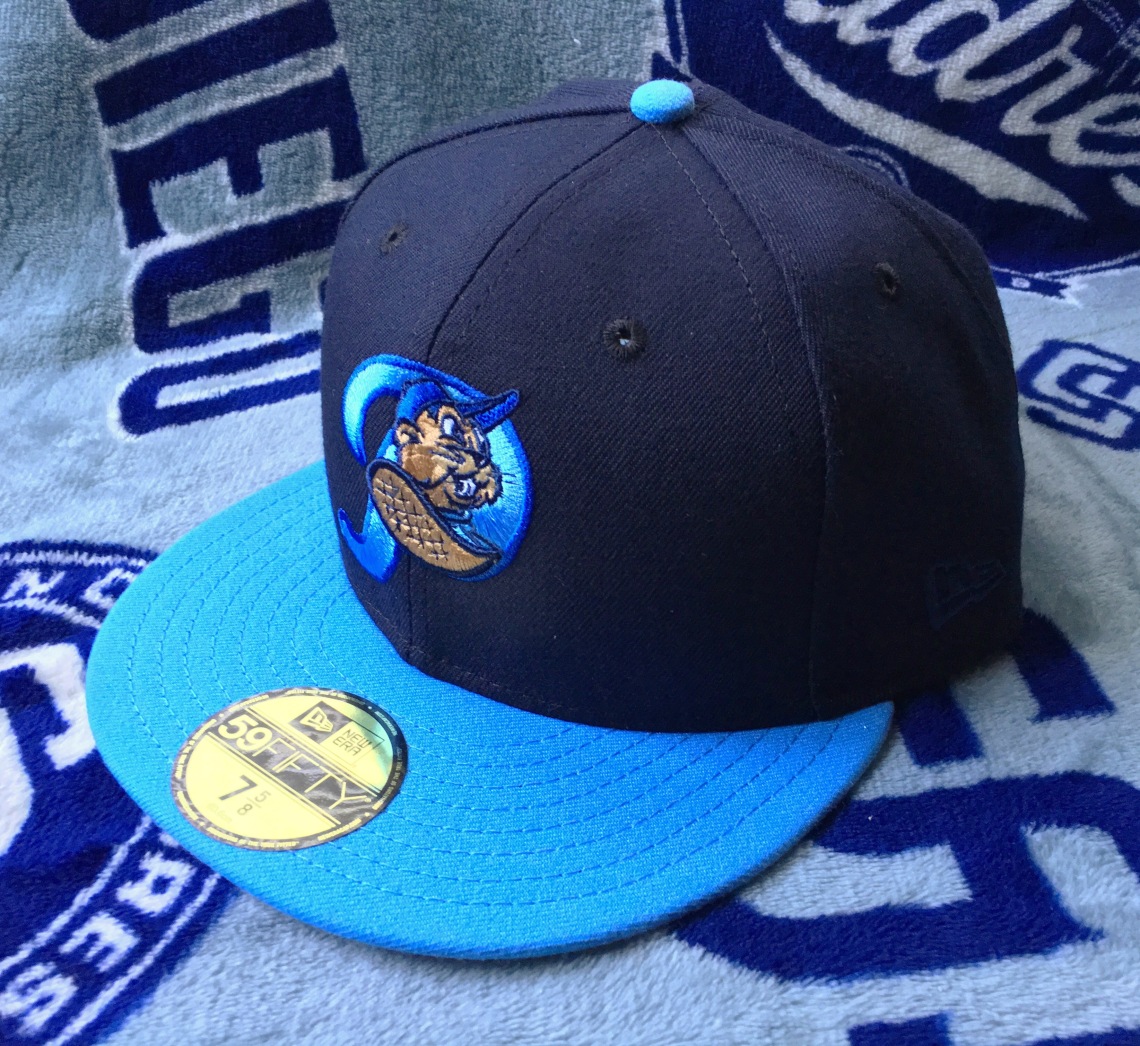 Thanks to the inclusion of “Pacific” blue (what the team called this shade), the cap pops much more than the home version. There are three shades of blue in play within the logo, so let’s take a closer look:

Within the script P (that is also somewhat reminiscent of the parent club’s script P) is Lucky, the Beavers’ mascot. The script P is also “pacific” blue and is outlined in what the team called “metropolitan” blue. The hues of blue really work well together as a complete product. 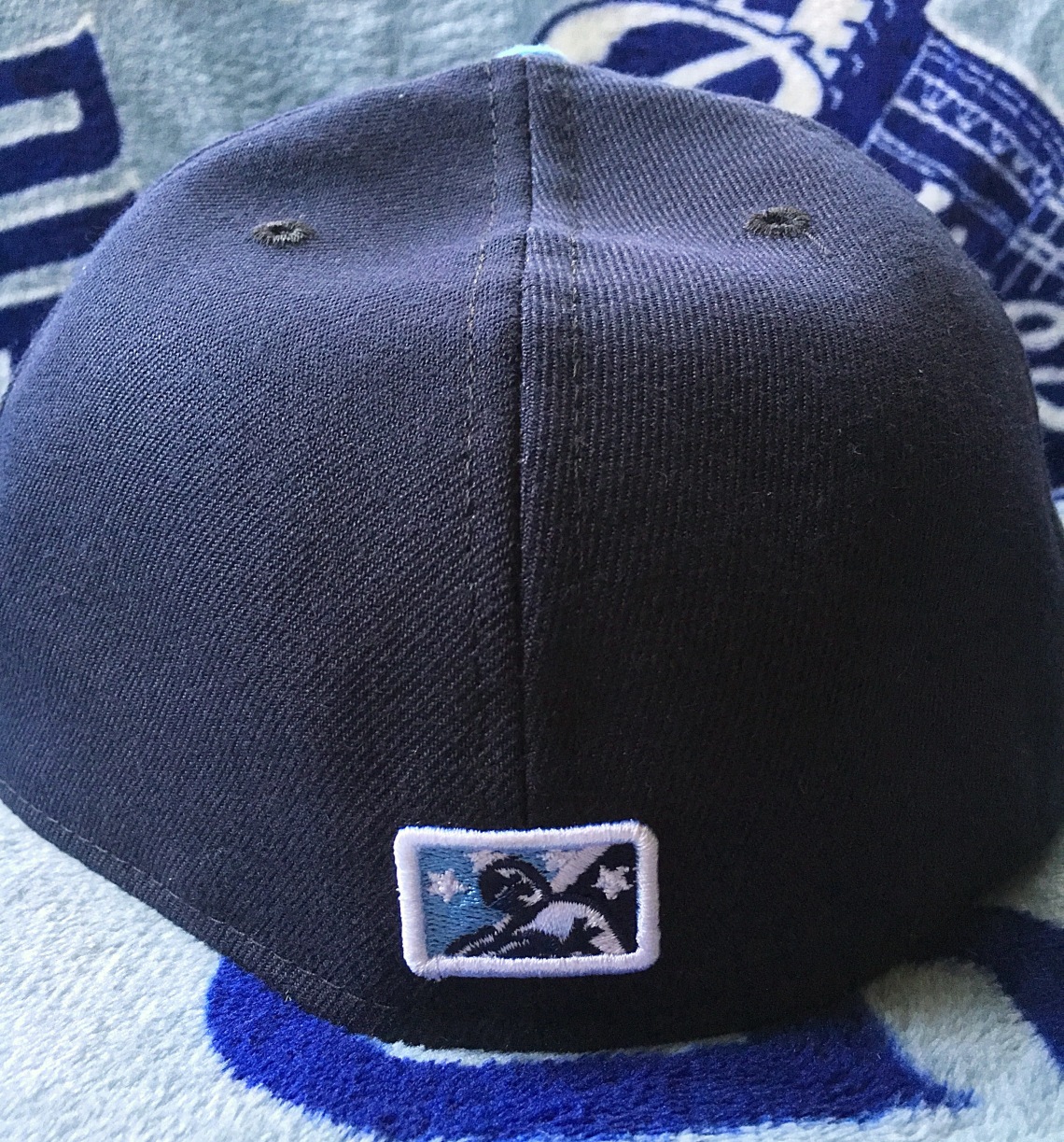 The MiLB Batterman is featured on the rear of the cap.

The underbrim and sweatband are standard black.

While still available via Hat Club I consider this cap to be uncommon since Hat Club only produces caps in limited runs. I suggest grabbing this cap now rather than later if you want to add it to your rotation.