In one of the absolute boldest promotions of the year so far, the Charleston Riverdogs offered a whopping 74% off purchases from their team store. For the bottom dollar price of $8.74 shipped, how could a cap collector pass on another cap?

I decided to go for the RiverDogs alternate cap with the HC “Holy City” logo. The city of Charleston, South Carolina gained the Holy City nickname thanks to its tolerance of the many religions and historic churches that reside in the city proper. I’m also a sucker for interlocking letter logos.

The Yankees-affiliated Charleston RiverDogs play their games at Joseph P. Riley, Jr. Park (The Joe) and are a Single A team in the South Atlantic League. The team is named after an urban legend passed down by sailors passing through Charleston and seeing giant rats on the riverside, calling them “river dogs”. 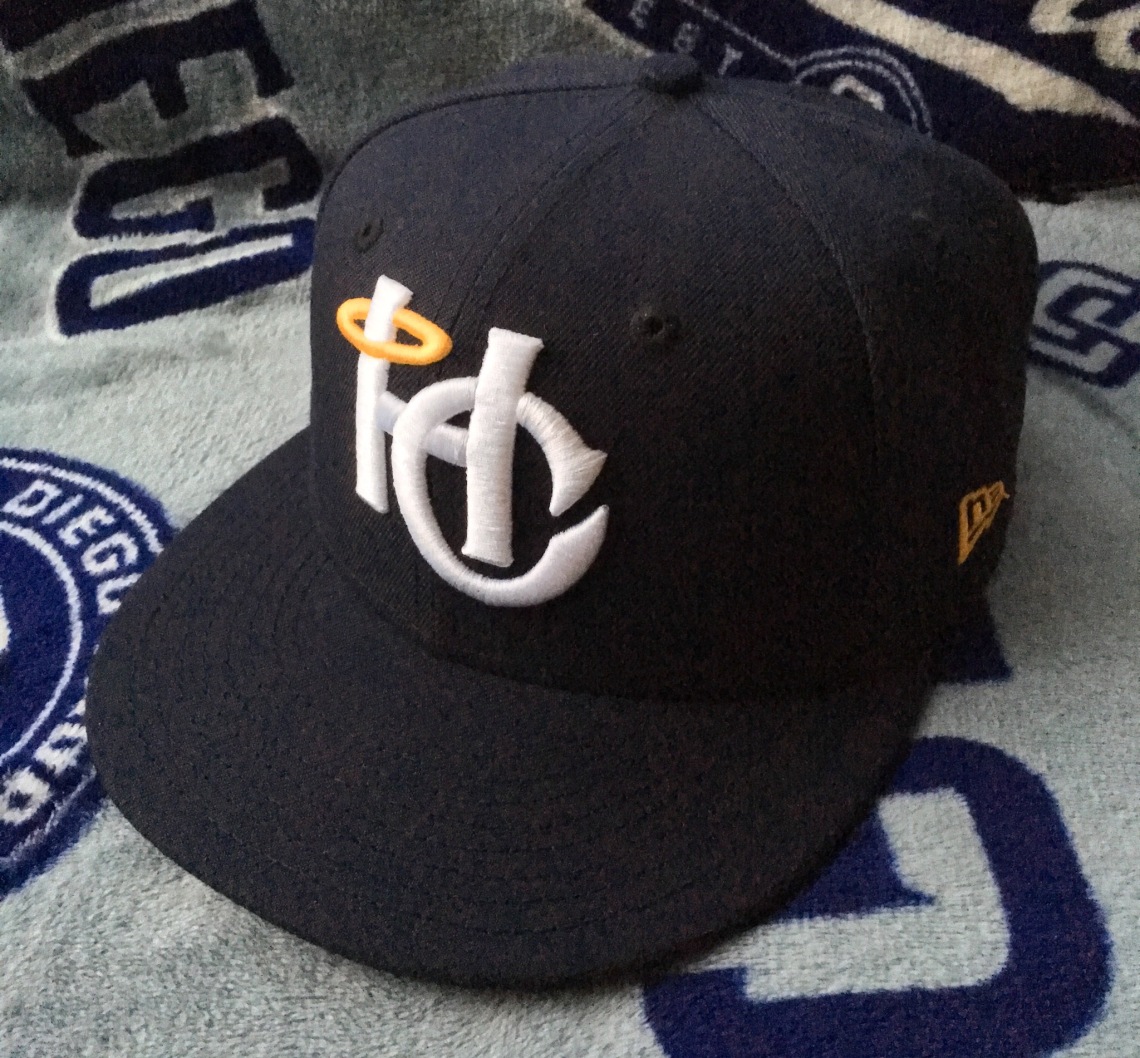 The cap is a simple and clean look with the white and yellow Holy City logo popping out against a navy crown. I’m a big fan of the logo for aforementioned reasons. The yellow New Era logo doesn’t distract from the look as a whole; it accents well with the halo on the H.

The MiLB logo at the rear is white, yellow and navy.

Since this cap is an on-field, the underbrim and sweatband are black.

You can still find this cap online and via the RiverDogs team store though I can’t guarantee you’ll get it for a steal as I did. Maybe they’ll do another crazy discount in the future?