The first of the much-heralded 2016 uniform reveals took place on the USS Theodore Roosevelt where the Padres would show off a new look for Sundays: the Navy Sunday Alternate uniform. Taking a cue from their Marines-influenced sand digital design, the Padres borrowed from the Navy’s “blueberry” working uniform and implemented the navy camouflage on their jerseys. As San Diego has a large Navy base and heritage throughout the city, a tribute seemed like a no-brainer.

I now wonder if we’ll ever see this jersey again: it was announced as recently as August that the United States Navy is dumping the “blueberries”, instead opting for a forest digital camo dubbed the NWU Type III. The changeover will begin October 1st, 2017. Will the changeover in the Navy result in this jersey’s demise?

On a personal note, this particular jersey was a beautiful gift from my loving girlfriend Diana. I’m incredibly lucky to have her. 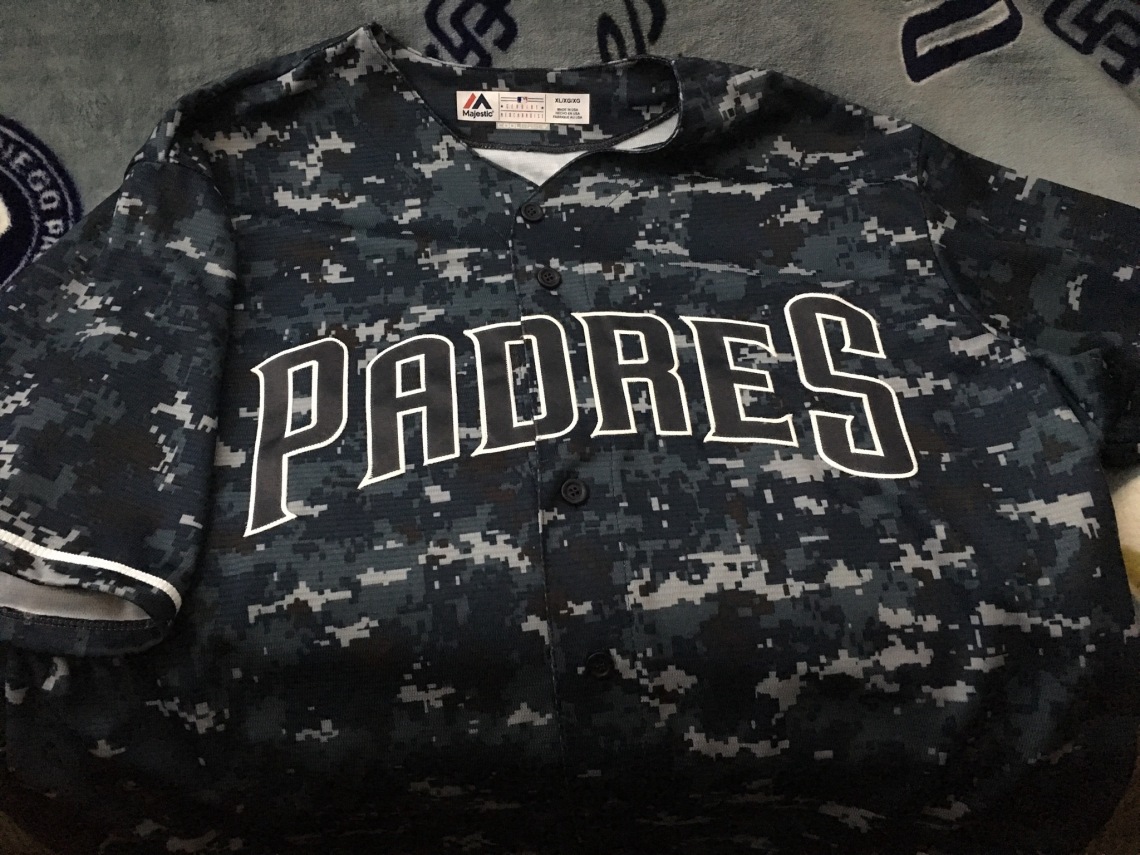 This is a replica of the jersey the Padres wore as the de-facto Sunday alternate throughout 2016 and a couple times in 2017. The first time we’d glimpse the newest Padres workmark was on this particular jersey in its reveal; the same wordmark is used on the Friday alternate and now the 2017 home jersey. The wordmark is trimmed in white to save it from being lost in the camouflage. At distance the wordmark can still be hard to detect, however. 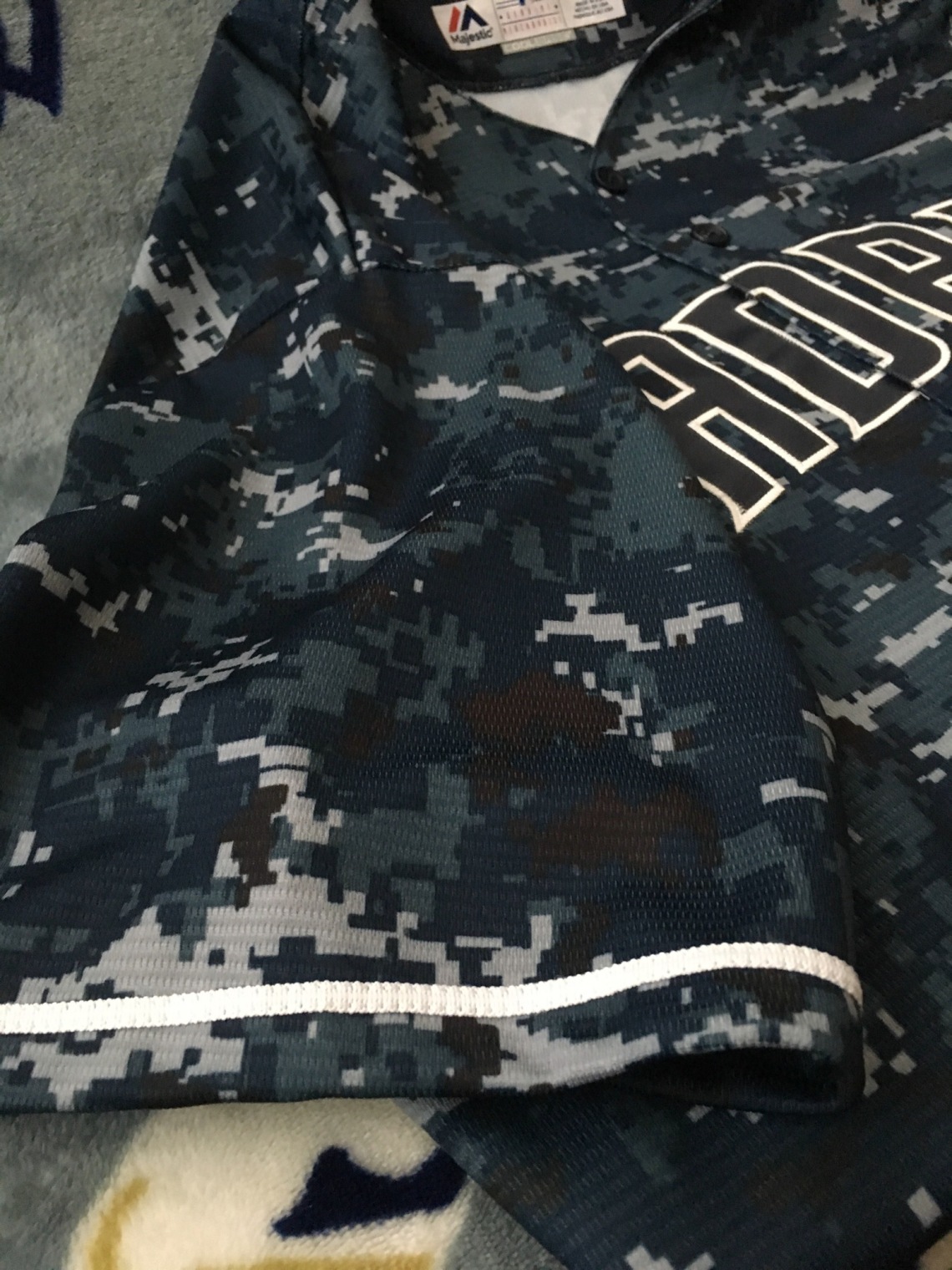 The only other visible piping on the jersey is found on the sleeves. You’ll also notice that replica jerseys lack the plain blue paneling on the sides beneath the sleeves and the plain navy “tail” meant to be tucked in. These details are reserved for the on-field Authentic versions as are the US flag patch and interlocking SD patch. I personally find the replica easier to wear than the Authentic thanks to the Authentic’s odd placement of these plain fabric panels. What works on the field doesn’t necessarily translate to normal street wear. This replica jersey is made from CoolBase material and is light and easy to wear compared to full-weight polyester. 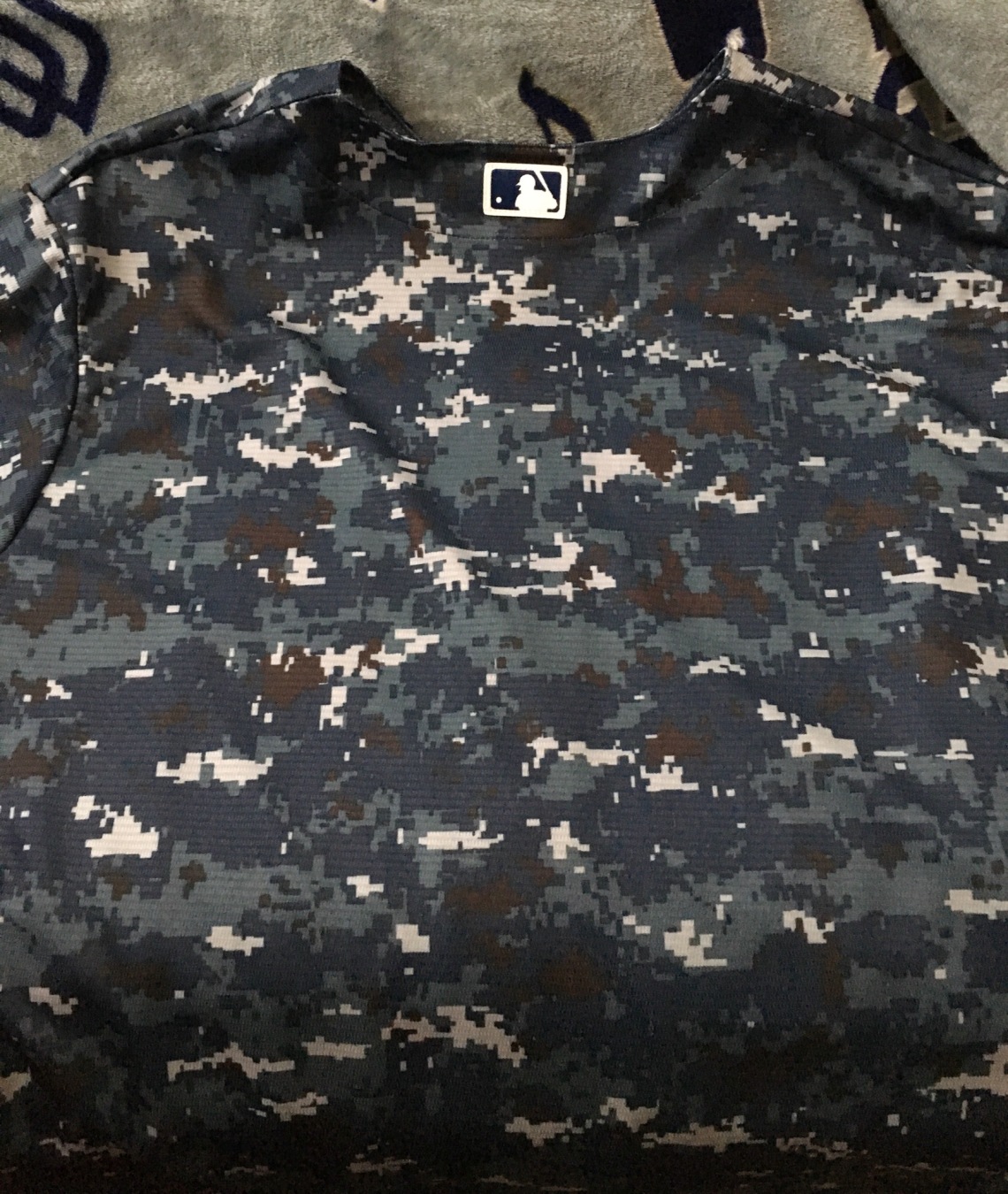 The rear of my jersey lacks a number. I generally stray from wearing player’s numbers except for only the most exemplary of players and people or really obscure players. I don’t mind blank back jerseys, to be perfectly honest. 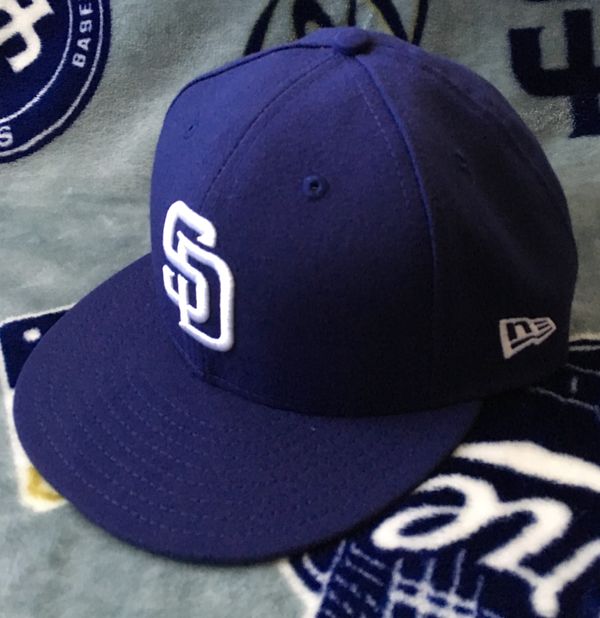 The standard navy home cap (which was the road cap in 2016) is worn with these jerseys, much to my own consternation. I was secretly hoping for another alternate cap to collect but I can understand the ease of using an existing cap with the jersey. It matches easily with the navy camouflage.

It remains to be seen if this jersey will be seen next year. I do suggest that if you’re a fan of this look that you grab it sooner rather than later.