From the defunct team file comes this alternate from the former Tucson Padres, better known now as the El Paso Chihuahuas. The short-lived Beavers-turned-Padres served as the AAA team to the major league Padres after relocating to Tucson from Portland in 2011. The team would only last until another relocation in 2014. The Tucson location was something of a placeholder while Jeff Moorad (then owner of the San Diego Padres) was working on building a stadium in Escondido for the team. With the stadium plans falling through the Tucson Padres were sold and became the Chihuahuas in 2014. 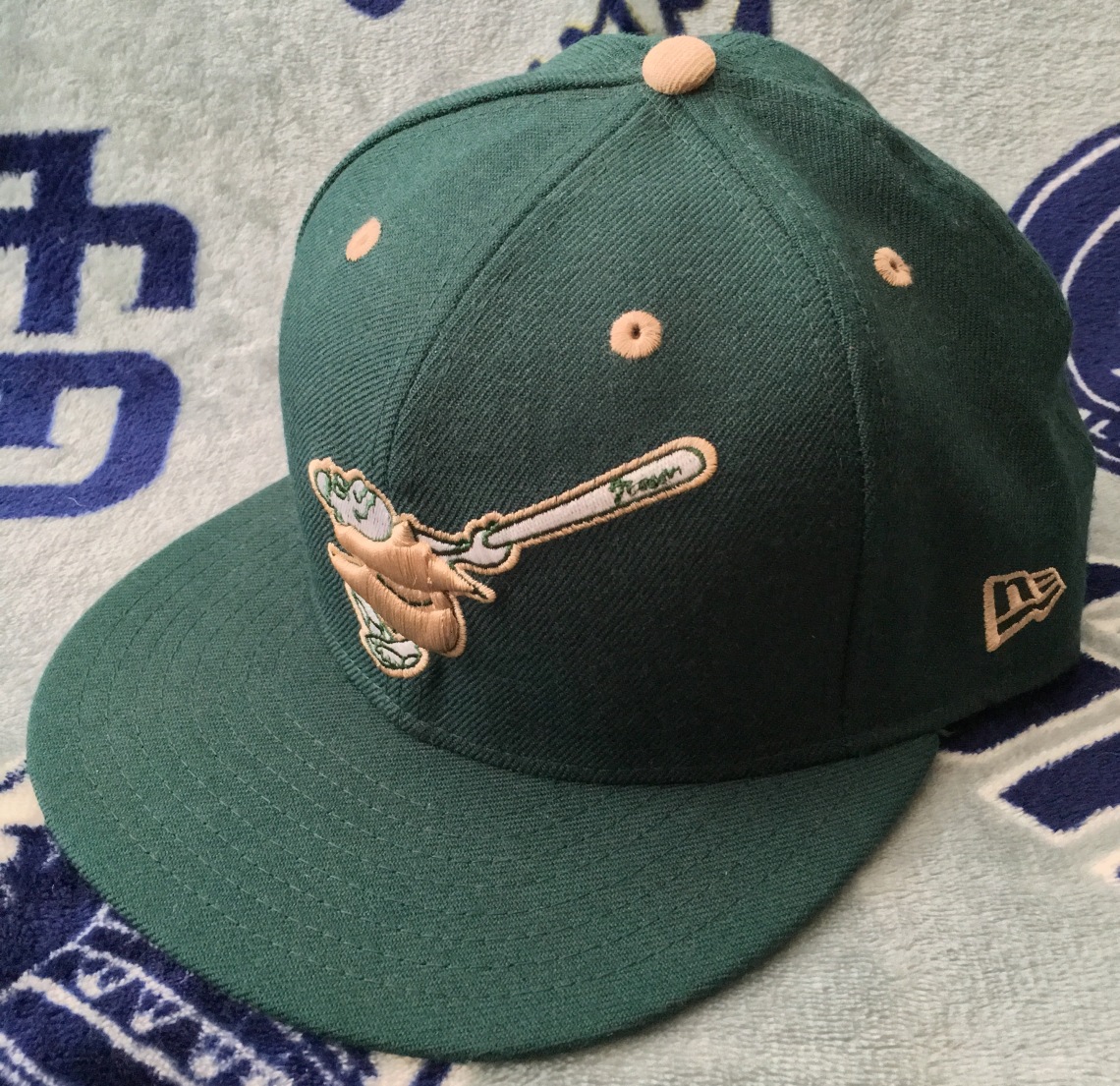 This Sunday alternate cap mirrored the Sunday alternate used by the Padres from 2007-2010 with a few key differences, mainly in the use of sand as a squatchee and eyelet color. The Tucson team wore the hand-me-down 2010 San Diego Padres jerseys with these caps as San Diego had switched to the olive green cap/desert digital Marine jersey.  Tucson utilized the Swinging Friar as the main cap logo which I am a huge proponent of. The classic Friar doesn’t get enough love as a cap logo, and it was utilized well in the Tucson uniform set that featured the Bauhaus font from 1984 as the home/away jersey font. Stare hard enough and you’ll notice the city name embroidered on the Friar’s bat.

The MiLB logo in sand, dark green and white adorns the rear of the cap.

The underbrim matches the rest of the cap and the sweatband is standard black.

Good luck unearthing anything Tucson Padres these days; most of the merchandise and caps now reside in collections or in scant numbers on eBay.