One of the cooler promotions in this year’s massive slate of Minor League Baseball promos and uniforms is this blast from the past from the El Paso Chihuahuas. The AAA Padres affiliate decided to celebrate the 30th anniversary of this particular El Paso Diablos look by bringing it back for Wednesday home games. While the actual players of the 1987 team weren’t of any particular note, the El Paso Diablos franchise was beloved by the city of El Paso and was also well known for their great promotions. 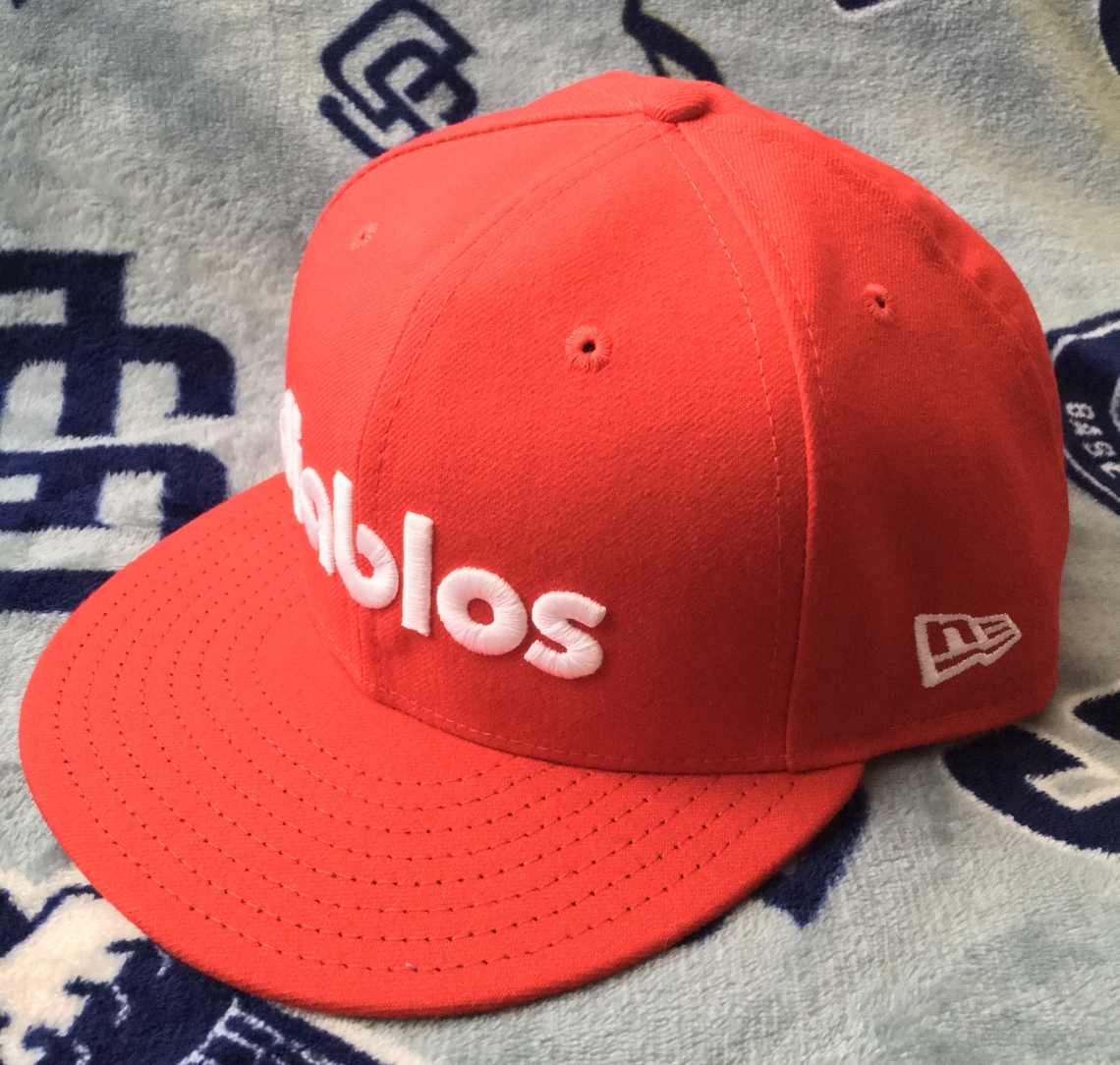 The Diablos cap is an interesting take on having the whole wordmark as the cap logo; this is correct for the period. The whole uniform is definitely a holdover of the late 80’s design-wise: Both the city name and a number occupy a white with red pinstripe pullover. The Bauhaus font also somewhat resembles that of the Padres late 70’s era wordmarks though the 1987 Diablos were affiliates of the Milwaukee Brewers.

The rear of the cap features the MiLB logo. I’m unsure if he’s also called a Batterman…

The underbrim matches the red of the rest of the cap; the sweatband is black.

This cap can still be found on Lids and via the El Paso Chihuahuas team store.