In 2016 the AAA affiliate of the San Diego Padres in El Paso decided to bring back a blast from the past and implement it as a uniform/cap set for a game. The Chihuahuas are no strangers to theme nights; as has become the norm for many minor league teams, the Chihuahuas will wear unique jerseys or offer different giveaways on various nights throughout the AAA season. You’ll see another such theme night cap from El Paso in another episode.

This particular cap is a team-store exclusive from the aforementioned 70s night the team ran with in 2016. A matching jersey was worn alongside the cap seen here:

This great-looking cap is a close carbon-copy of the Friday alternate the Padres also began to implement in 2016. One obvious difference lies in the logo: instead of going brown-primary like the interlocking SD, the El Paso wordmark is matching yellow with a heavy brown border. A less-noticeable detail is the squatcho, which while yellow on the Padres version is brown here. There were retail versions of the Padres Friday alt released with a brown button but these were regarded as errors and were eventually sent back. Also uncommon for Minor League caps is the exclusion of the New Era logo which occupies every MiLB (and now MLB) cap. My guess is that these caps were part of the same manufacturing run as the error Padres Friday alt.

A yellow, brown, and white MiLB Batterman logo adorns the rear of the cap. 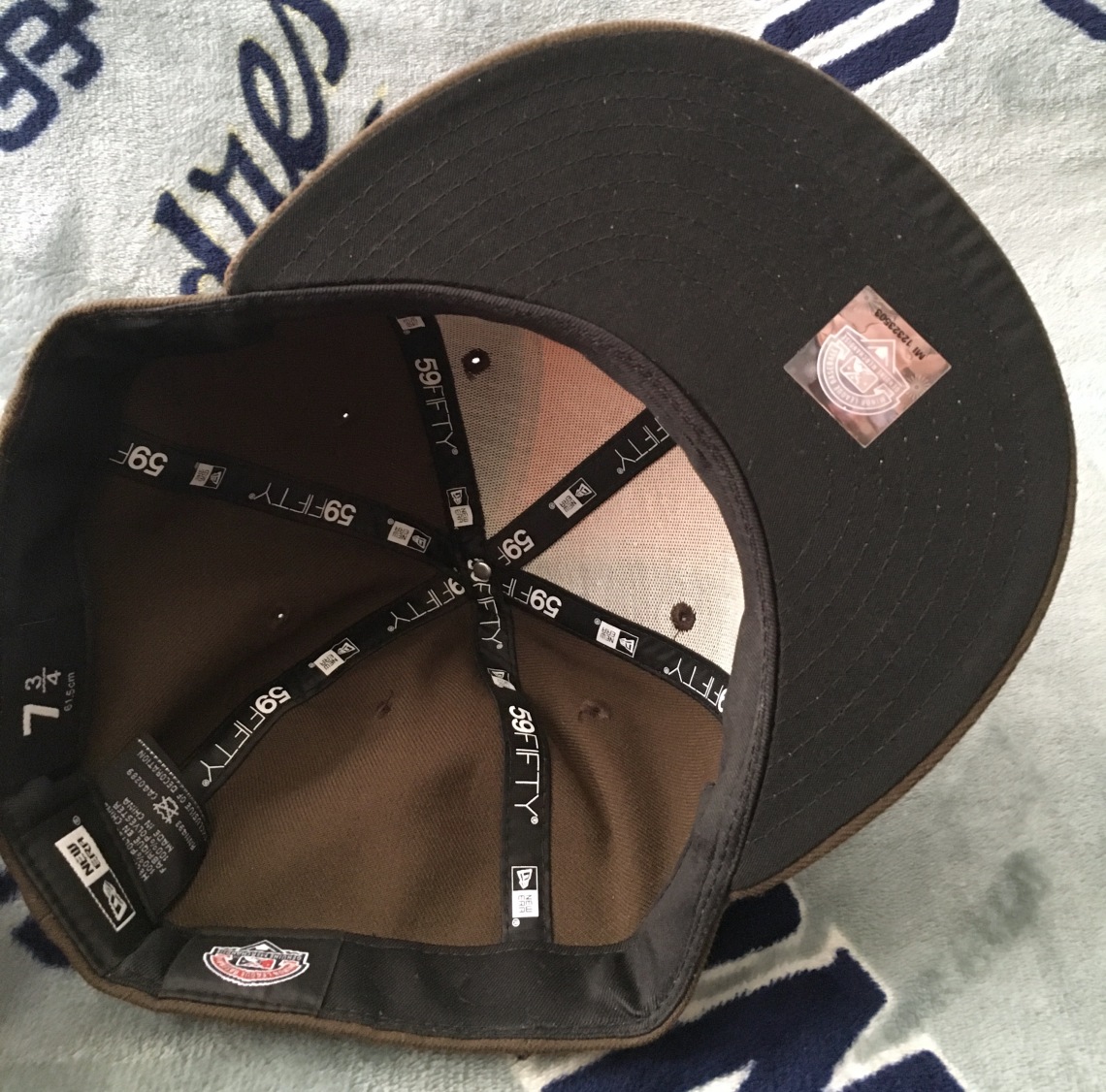