One of the hottest trends for baseball hats this year is the collaboration. While not entirely uncommon in the past, there have been more collaborative efforts as of late from companies/entities wanting their logos and designs on a baseball cap. 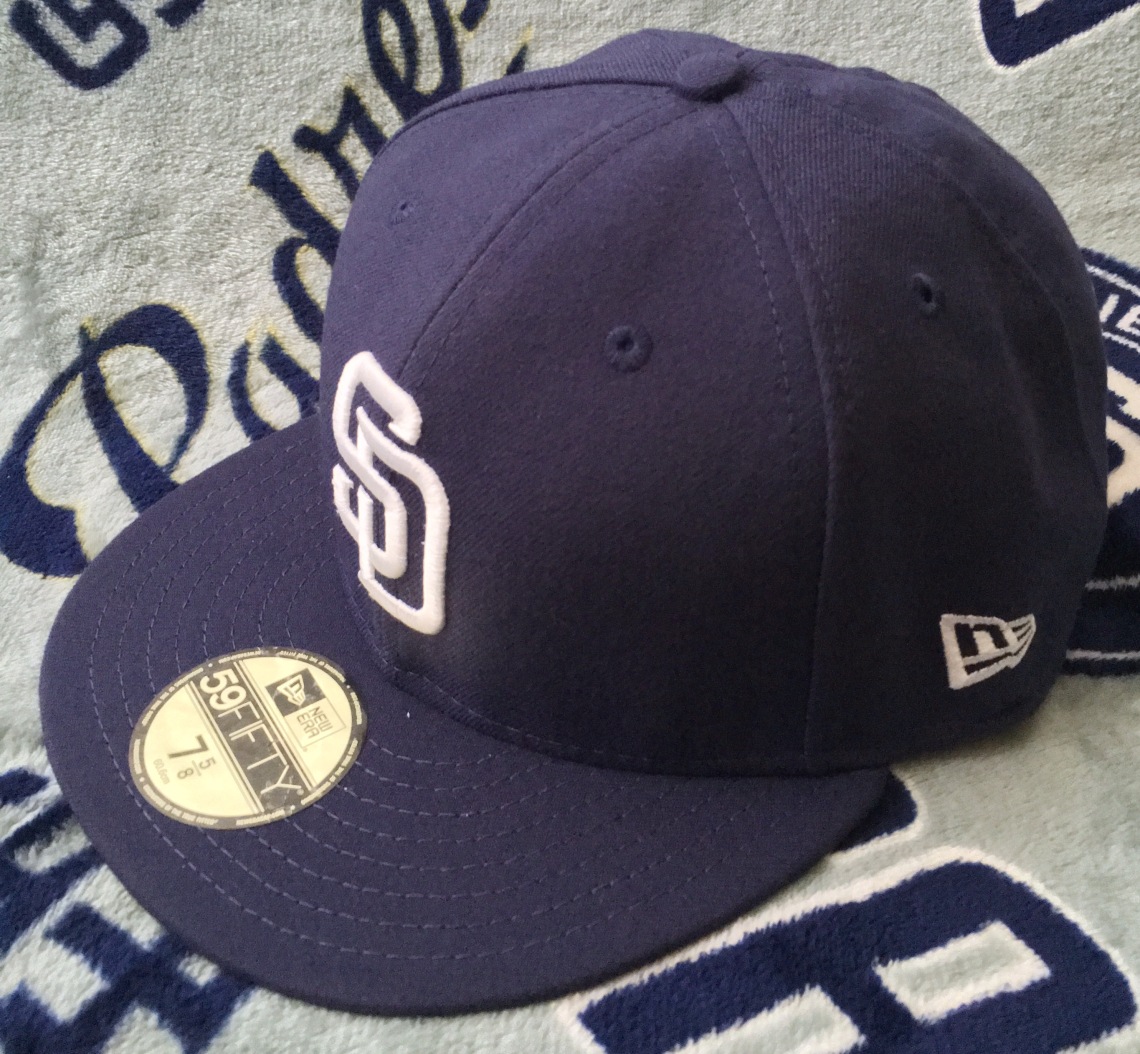 At first blush this cap appears to be the same as a standard on-field, no? Reading the title of this article you’re expecting something from Game of Thrones. Where is it, exactly? 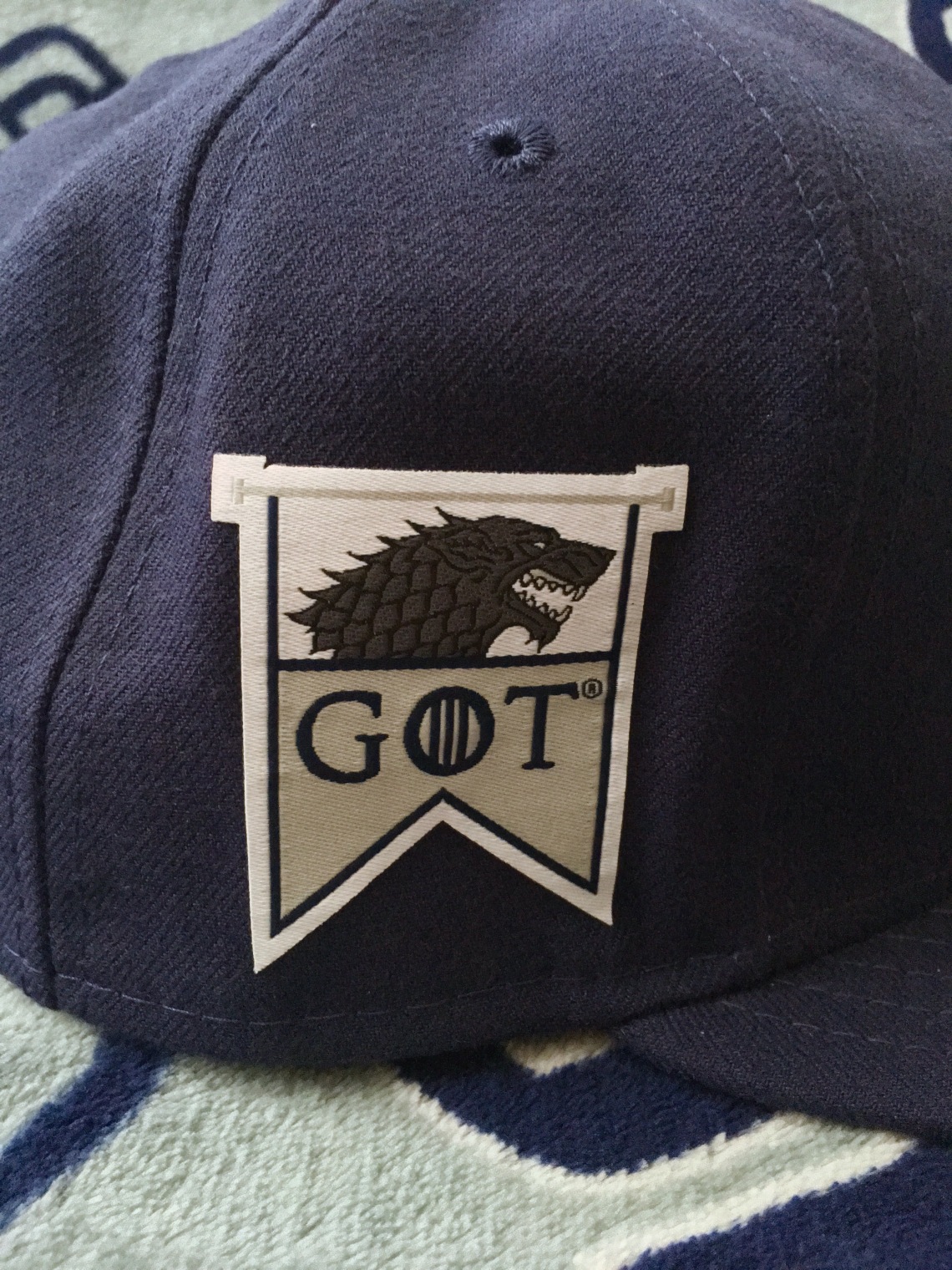 Found on the wearer’s right (cap left) of the hat is this Game of Thrones banner design. This design depicts the logo of House Stark for those unfamiliar to the show.

My first bone to pick with this patch: it’s incredibly thin and plainly ironed-on the cap. At first glance this looks like a patch someone just slapped on a cap, not a nicely embroidered product from New Era. It doesn’t get much better… 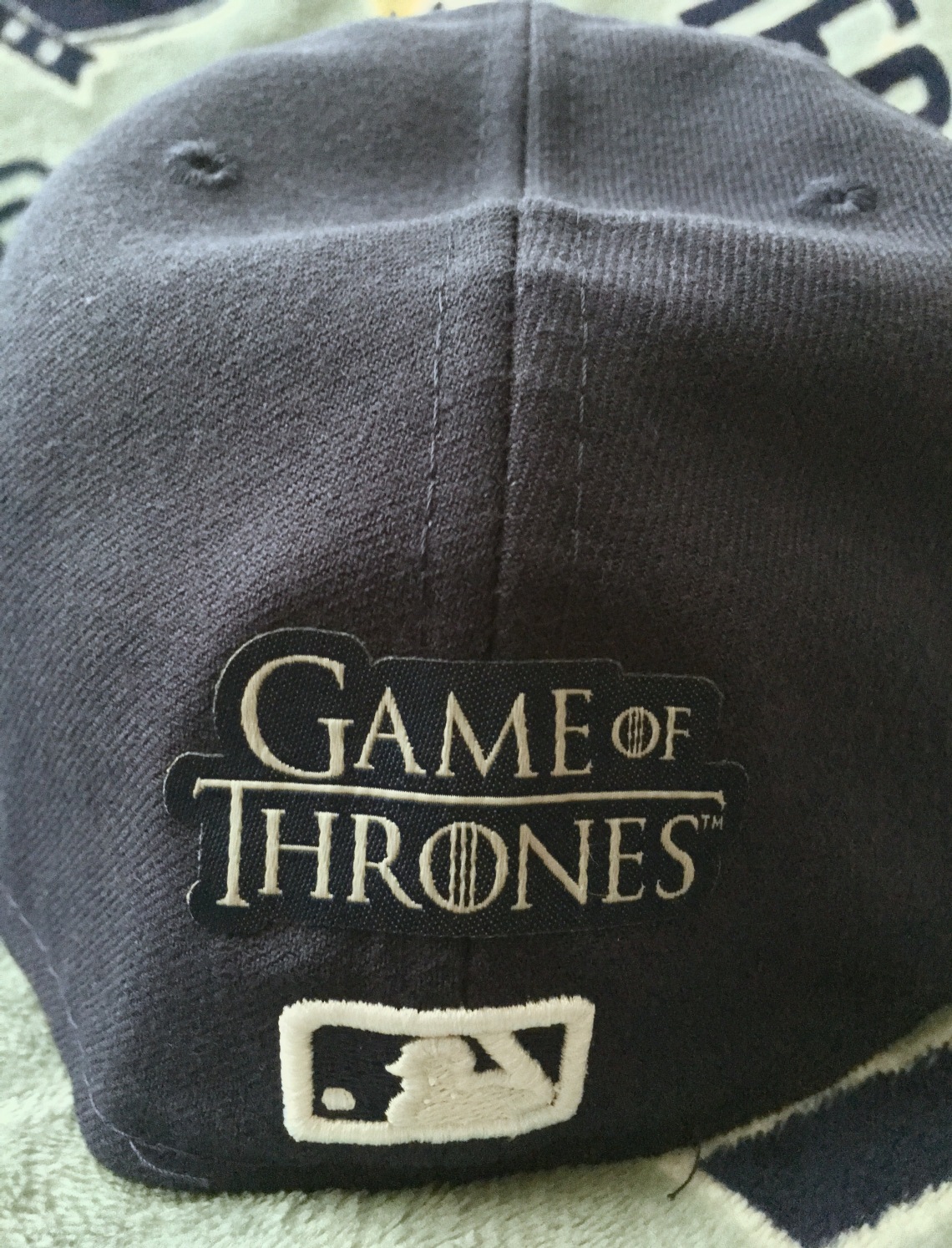 The rear of the cap features a standard Batterman logo with another ironed-on Game of Thrones patch. This patch is made of the same thin material as the side patch and features the wordmark from the show. Its positioning is also odd relative to the rest of the cap, isn’t it? The overall product just looks shoddy. Here’s the kicker: 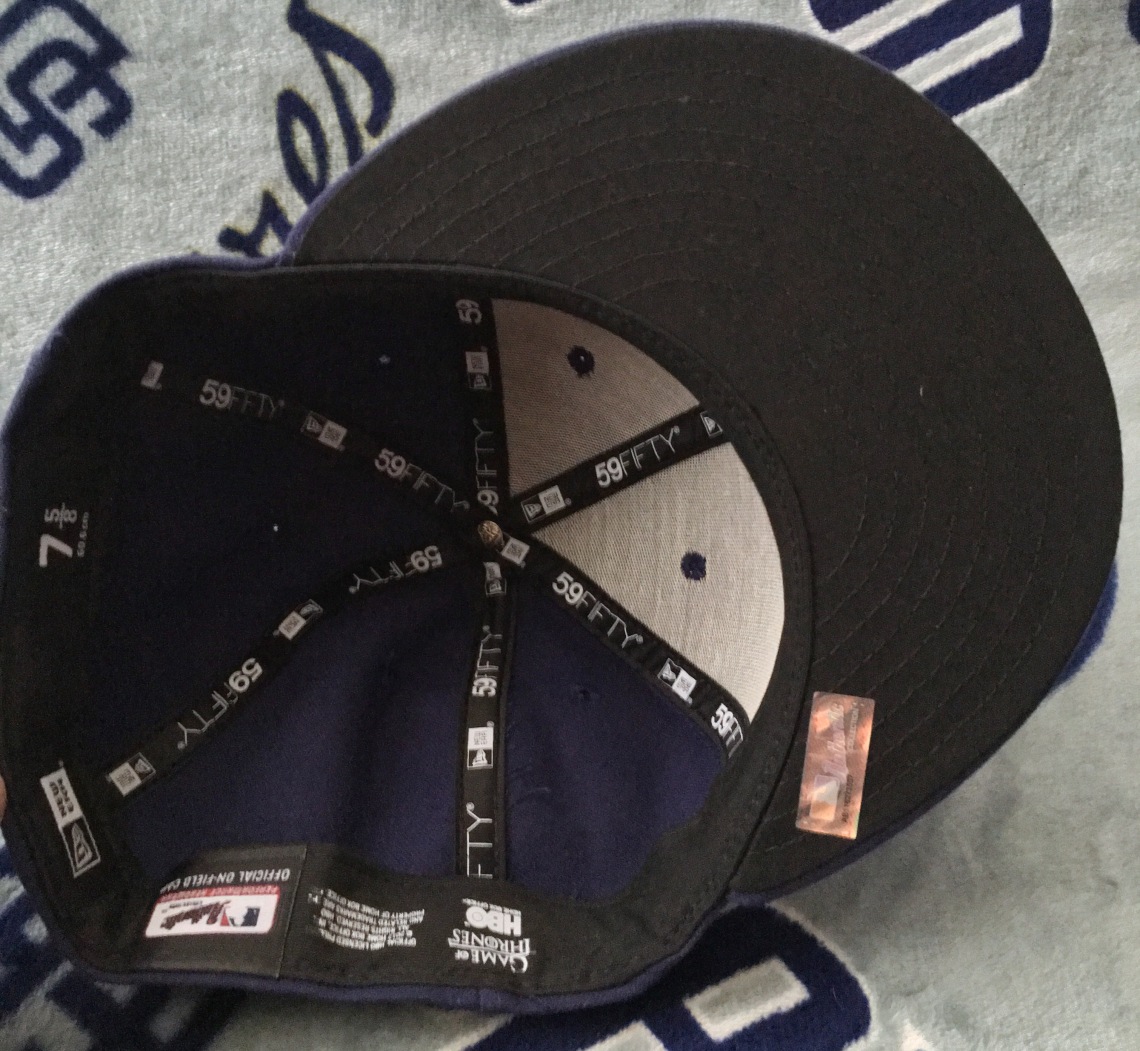 Look beyond the black underbrim and sweatband at the details. Why is there an Authentic sticker on what should be a fashion cap? Well… 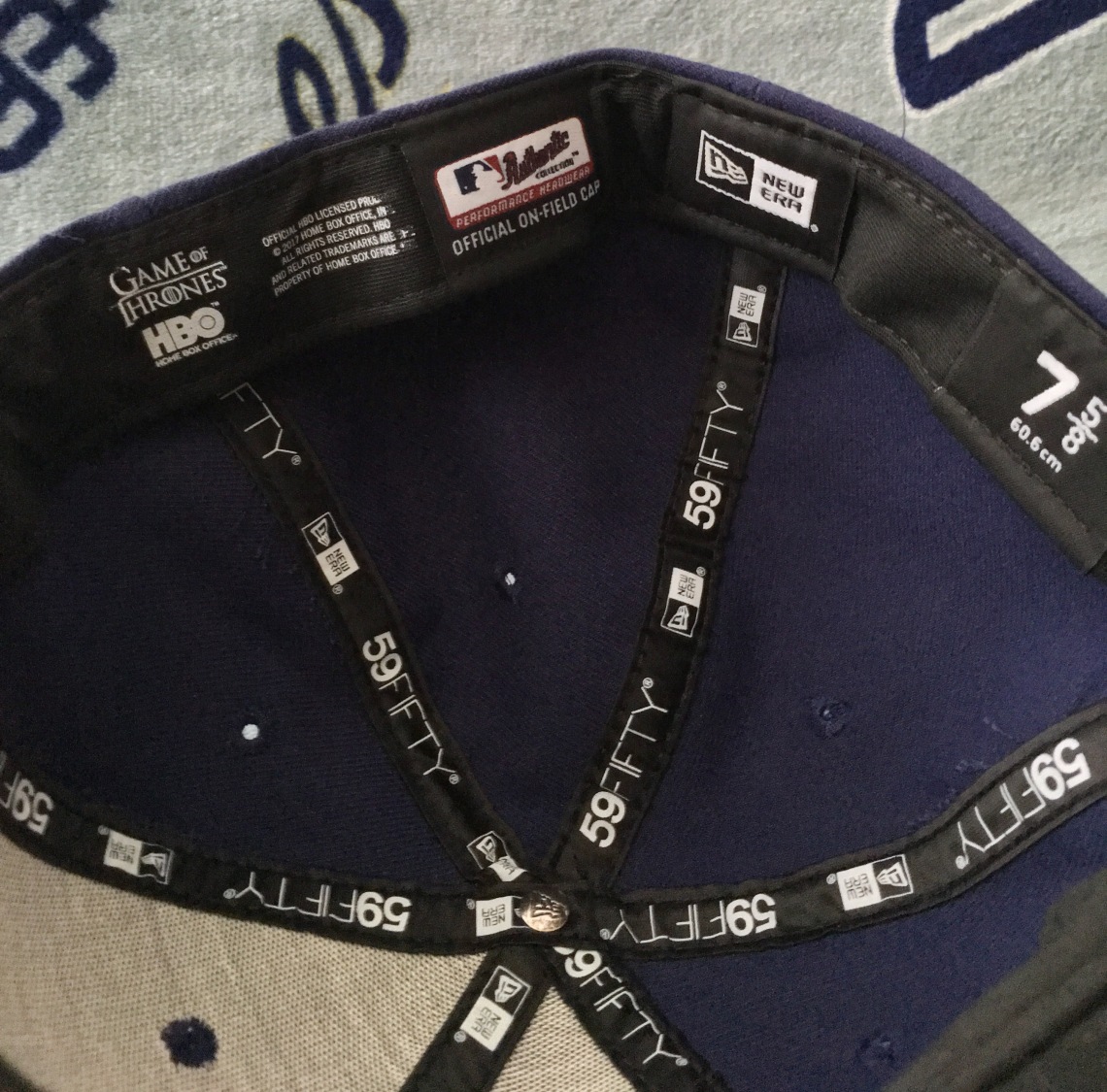 This cap literally is an Authentic on-field cap with Game of Thrones patches glued on. The HBO logo found to the left of the Authentic tag is heat-pressed and not a usual embroidered strip as found in previous collaborations or special caps. What gives?

This cap is an unfortunate example of a pure cash grab. It seems like someone in Lids (the only retailer carrying this cap) wanted to seize the licensing opportunity to push out these caps to coincide with the numerous Game of Thrones nights being held by numerous teams this season. Instead of starting from scratch and truly making a cap that combines both themes a couple patches were scratched up, slapped on some overstock on-fields and someone got to pat their back for what they thought was a well-executed idea.

The Padres version of this cap is still relatively common should you want to combine your love of baseball and dragons (even if they haven’t shown up yet). This collector won’t think less of you for wanting to add this to your collection: he just thinks that @tonylosoya @padresnohitter and himself could have done a far better job at designing these.