There are times in your collecting journey where you see a hat for the first time and have to buy it on the spot. Such was the case for this cap while I was presenting our collaboration with Billion Creation. This cap called to me from the shelf and I demanded they take my money. I think you’ll understand why: 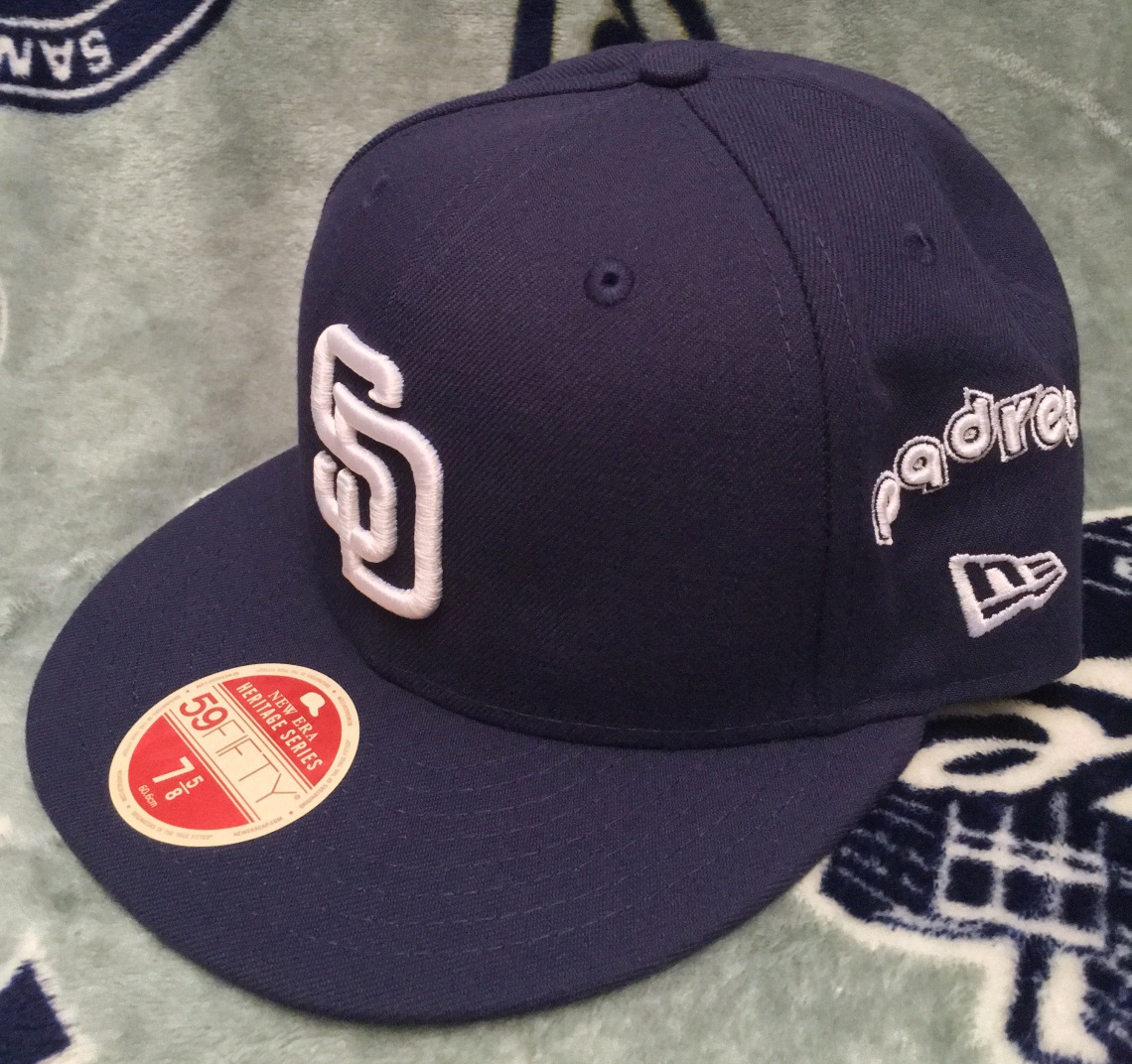 A peek of what makes this cap special can be seen just above the New Era flag: the 80s Padres wordmark resides on the wearer’s left. This cap is part of the New Era Heritage Series as indicated on the sticker. Heritage Series caps are caps that mimic details from the past such as vintage size/brand logos on the sweatband and other details you’ll see further down.

On the wearer’s right you’ll find more logos from Padres past: the “shampoo” logo circa 2004 and the classic ’91 logo make an appearance in full embroidery. 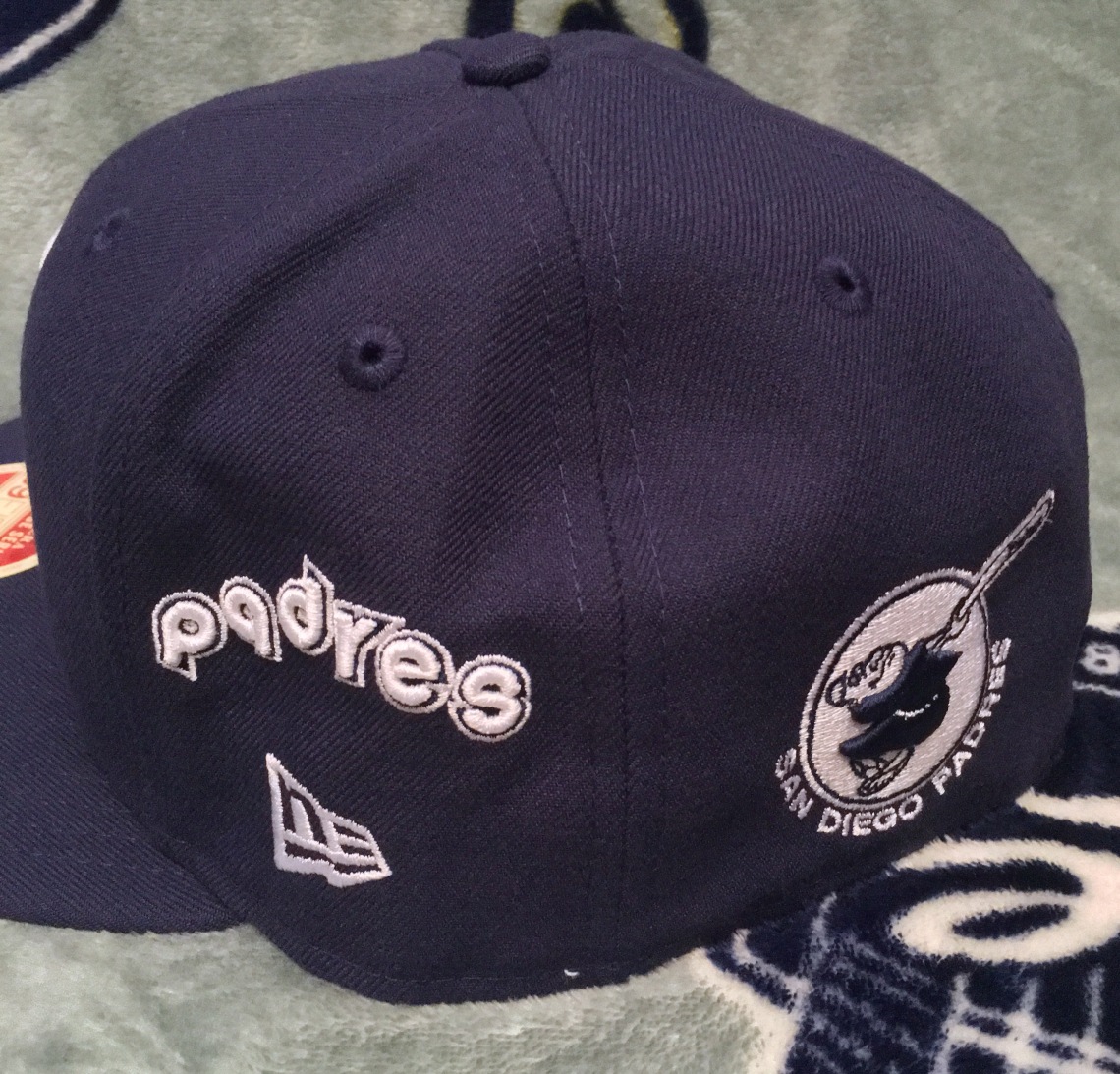 On the wearer’s left you’ll see the ’84 wordmark alongside the classic Swinging Friar logo.

The rear of the cap doesn’t feature the MLB Batterman logo; I presume this keeps the cap from looking too cluttered.

One of the usual details in Heritage Series caps is the inclusion of a white sweatband and taping. The underbrim is also in classic gray. While I don’t mind white sweatbands, it does make this cap harder to wear in the summer months; I like to avoid sweat staining as much as possible.

Here’s a better look at the Heritage Series tags.

You can only find this cap at one store: Billion Creation. I was fortunate to grab it when I did; BC mentioned they had just received them in stock recently. You should be able to find one of your own at their store if not online within the coming weeks.