I began delving into older Padres caps this last year as a way to expand my collecting horizons; hunting for these Padres caps serves a way to diversify my collection and to challenge myself in finding examples from different eras. Our 21-year old(!) example for this Capshot is a classic: 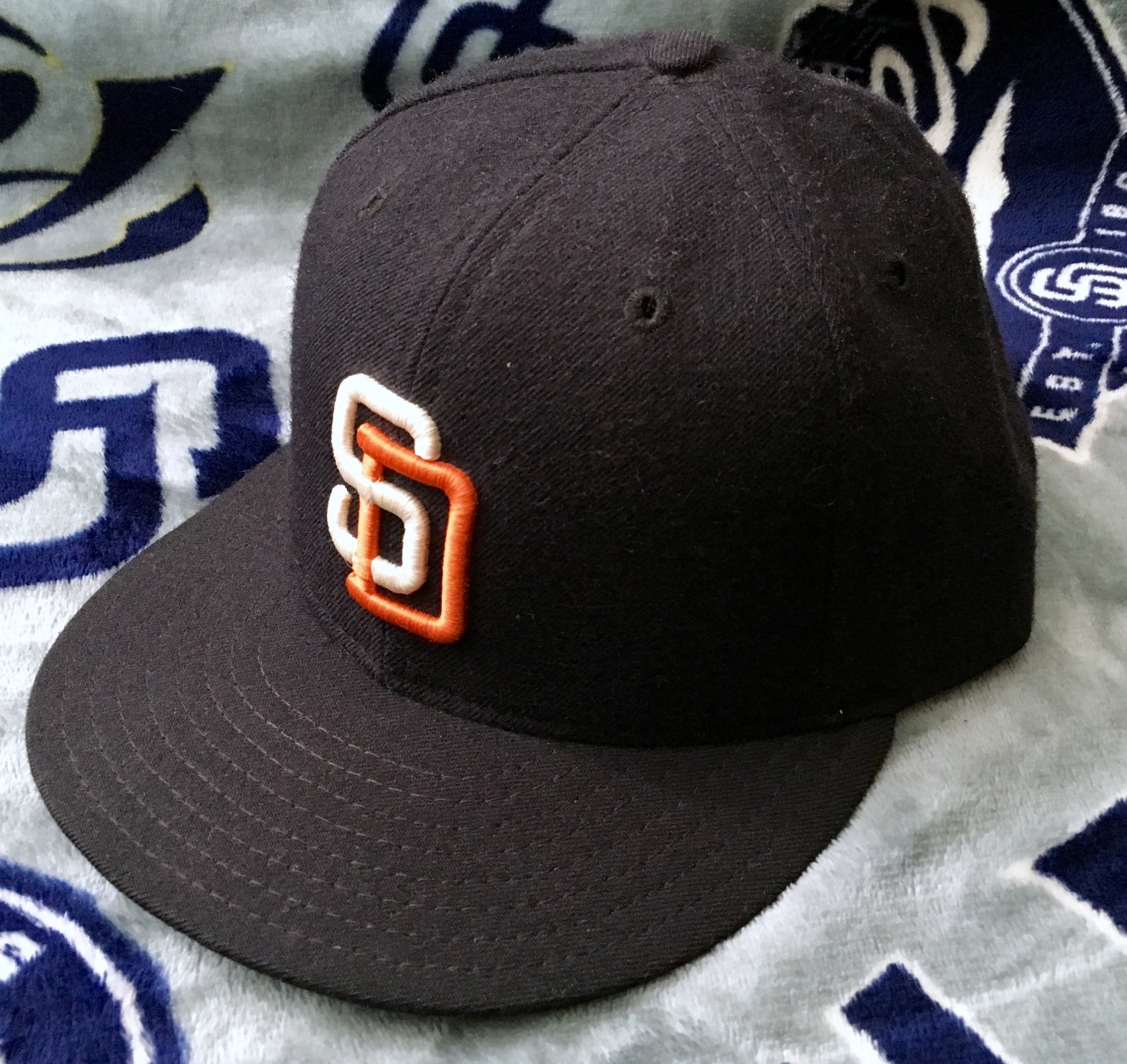 Does this colorway require any explanation? This of course is a classic 90s era Padres on-field cap. What’s changed for on-field caps in 21 years besides colors and logos? Cap construction, mainly: this example is 100% wool and is made in the USA. Modern on-fields are polyester and are either made in the USA with imported materials or are made in China. Some collectors have reservations on their cap’s country of origin. I’m generally indifferent.

There were a few changes made to on-fields during the 90s. Padres caps in this particular colorway from 91-95 had a flat-stitched interlocking SD. 1996 marked the beginning of more pronounced raised embroidery such as our example here.

Padres caps made during 91-93 lacked a MLB Batterman logo until New Era seized the exclusive rights for production on all MLB caps. Because of this, Batterman logos were glued onto the backs of caps until 1994. 1994 saw the beginning of flat-stitched MLB Batterman logos until these also became raised embroidery circa 2006. 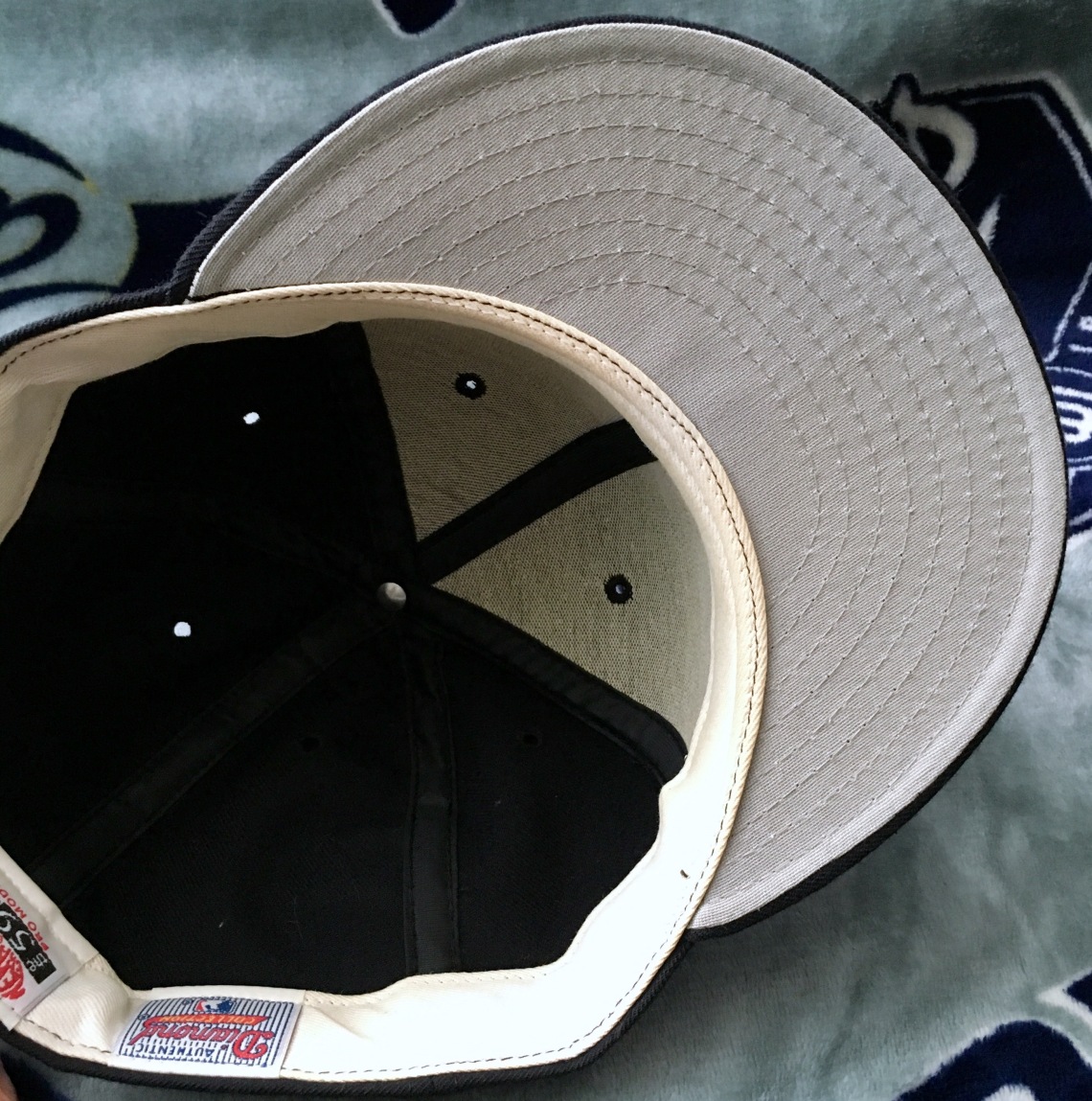 On-field caps of the 90s featured the classic gray underbrim paired with a white sweatband. This color combination wouldn’t be phased out until the mid-2000s; they were then converted to today’s black on black combo. Gray underbrims have made something of a resurgence in modern caps, appearing on some special events caps in 2016 and on Spring Training caps in 2017. New Era-branded taping wouldn’t appear in on-fields until ’99.

I highly recommend Paul Carr’s Ballcap Blog on New Era tag chronology; it’s an incredibly useful read on how to determine your cap’s relative age. These particular tags date this cap around 1994-1996 and the raised embroidery on the interlocking SD places this cap most likely in 1996.

It’s not often that a 90s era Padres cap will crop up, but they do. I suggest eBay as your first source in finding a vintage example for your own collection.