As many of you know, I venture out of my regularly scheduled Padres cap collecting to snag caps from other leagues. Major League Baseball’s offseason segues extremely well into the Mexican Pacific League (Liga Mexicana del Pacifico) which starts in October and runs through the conclusion of the Serie Del Caribe in February. Fortunately for me, a LMP team resides just across the border from me in Mexicali; they’re known as the Aguilas (Eagles). The Aguilas had a tremendous season this time around, winning the entire LMP and going on to represent Mexico in the Serie Del Caribe only to lose narrowly to Puerto Rico in the one-game final. We’ll take a look at the Serie Del Caribe cap I managed to get my hands on in a later Capshot. 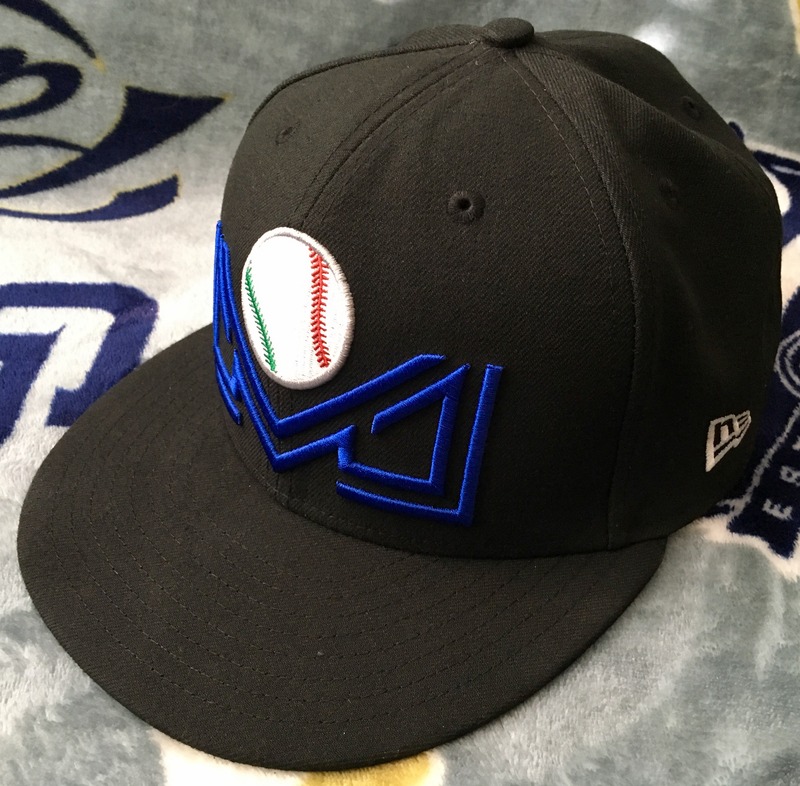 The LMP logo is supersized and placed on the front of this cap. Of course, the green/red/white colors of the baseball represent the tricolor of Mexico’s flag. While this cap is called an umpire’s cap, it’s much the same as the MLB umpire’s cap you’ll find on the market; not quite the same as the one they actually use. In this particular case, LMP umpires wear different caps altogether. A few teams in the LMP don’t even wear New Era caps; only a few have contracts with New Era to produce their caps. The Aguilas are such a team with a New Era contract, and as such any New Era model is incredibly sought after locally.

As if one LMP logo wasn’t enough, you get two for one on this cap; it’s also found on the back. This is also the usual logo found on LMP team caps as their version of the MLB Batterman logo.

The underbrim and sweatband are the same as the rest of the cap. The white tag found underneath the material logo is a separate tag with the material list (polyester) in Spanish.

The only place you can find this cap is via New Era Mexico’s website, and even then sizes are limited. My example is a 7 3/8s and is stretched (extremely).