In 1992, San Diego hosted its second MLB All-Star game at then Jack Murphy Stadium.  The Padres were represented by 6 players, 2nd only to the 1985 All-Star Game (8).  The Padres were represented by; Tony Gwynn, Benito Santiago, Fred McGriff, Tony Fernandez and Gary Sheffield.  Ted Williams threw out the first pitch and the American League went on to win the game 13-6.

Enough with the history lesson.  Let’s get onto the hat portion of the blog!  There have only been a couple of custom 1992 All-Star Game patch hats produced and you can find issues with both of those hats.  We will refer to these as hat A and hat B. 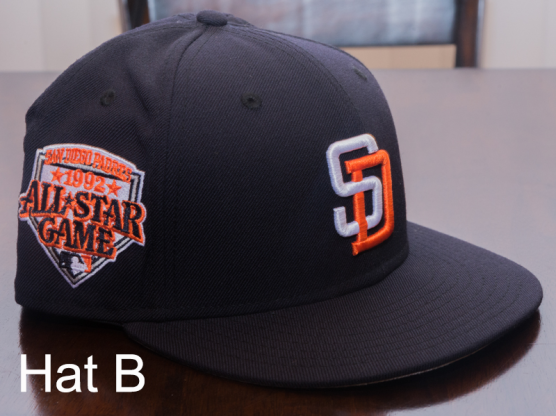 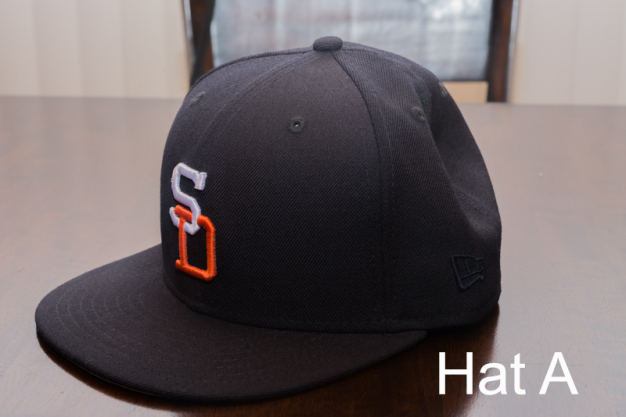 There’s an easy error that can be spotted right away, and that’s with Hat A. The font used to make up the Padres SD logo is incorrect, as is the position of the D.

With a closer look, it’s even easier to see.  The SD logo on Hat B is period to the time whereas the SD on Hat A is not.  The low hanging D and the font used, are clearly not period correct.

But what else can we find wrong with these hats?  Let’s take a closer look.  The image below is the official 1992 All-Star Game logo. 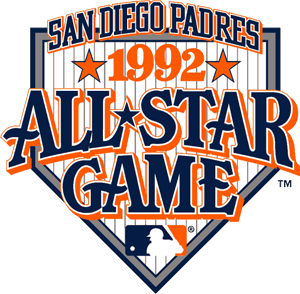 Now lets compare the 1992 All-Star Game logos on Hat A and B.

As you can see above, the logo on Hat B does not match the official 1992 All-Star Game logo.  At the top of the logo, “San Diego Padres” is embroidered in orange.  If you compare it to the official logo, “San Diego Padres” should be blue with orange trim.  The second error you’ll find with Hat B is the lack of pinstripes on the base that makes up the shape of the logo.  The logo on Hat B is correct despite the pinstripes being a bit difficult to see due to the fine stitching used.  The next issue you’ll come across is the MLB batterman logo on the back of the cap. 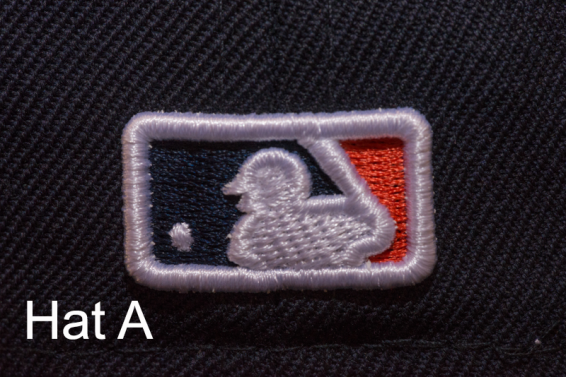 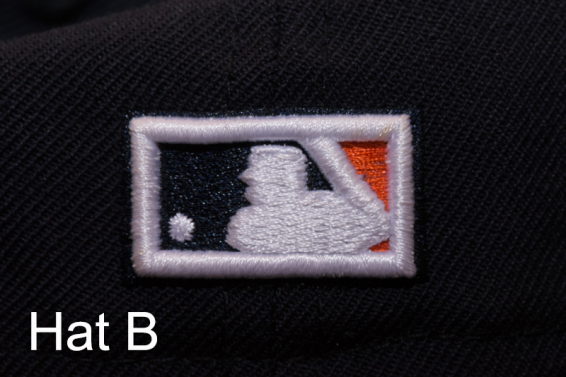 The last issue we come across is on the inside of the cap.  In 1992, MLB on field caps used a white sweatband.  While this made no sense since they were prone to getting dirty, they were still white. 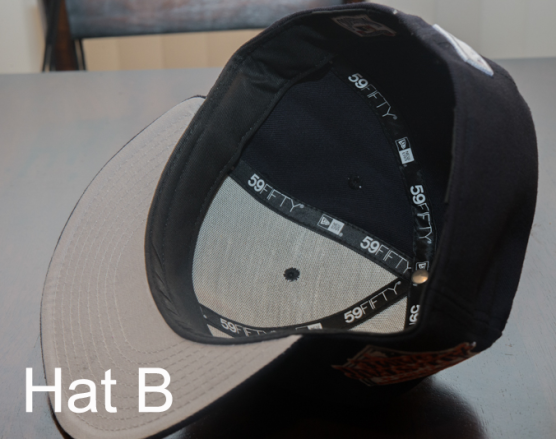 Don’t get me wrong, they are both very nice hats and I’m happy to own them both, I just wish one of the two were period correct (excluding the New Era Flag as these must be placed on all customs).  So if you’re looking for a spot on 1992 All-Star Game Padres patch hat, you’ll have to keep looking!

View all posts by padresnohitter